Outdoor School is an exhibition and series of activities that explore ways of attending to interstitial urban wild spaces and other natural environments around the University of Toronto Scarborough. Functioning as a platform for critical spatial practice, Outdoor School will include research materials, plants, tools, and objects intended to be activated during the exhibition, using the gallery as a classroom, meeting space and studio.

Included in Outdoor School is documentation and artifacts from projects by Hannah Jickling and Helen Reed that present queer models of outdoor education, destabilizing many of the narratives through which we encounter the natural world, as well as Maggie Groat’s Fences Will Turn into Tables, a communal table constructed from salvaged boards and posts, to be used during Outdoor School activities. Around these and other objects, UTSC students and other members of the public are invited to participate in artist-led workshops and events. Among these, artist-forager Deirdre Fraser-Gudrunas/Vibrant Matter will lead sensorial and experiential field identification walks and invite participants to contribute to a subjective field guide; artist and organizer Ayumi Goto will invite the public to join her in running the surrounding landscapes as a practice of honoring and acknowledging traditional Indigenous territories and developing respectful relationships with the land; artist and witch Jamie Ross will involve participants in enacting place-based seasonal rituals of the Radical Faeries in landscapes around campus; and participants will be invited to follow, at a respectful distance, artist Jay White, as he walks and camps in and around Scarborough, remaining hidden as he mirrors the movements of urban coyotes.

Through artist-led activities that use the body and the imagination to produce alternate forms of knowledge, Outdoor School aims to deepen and complicate our relationship to the outdoors. 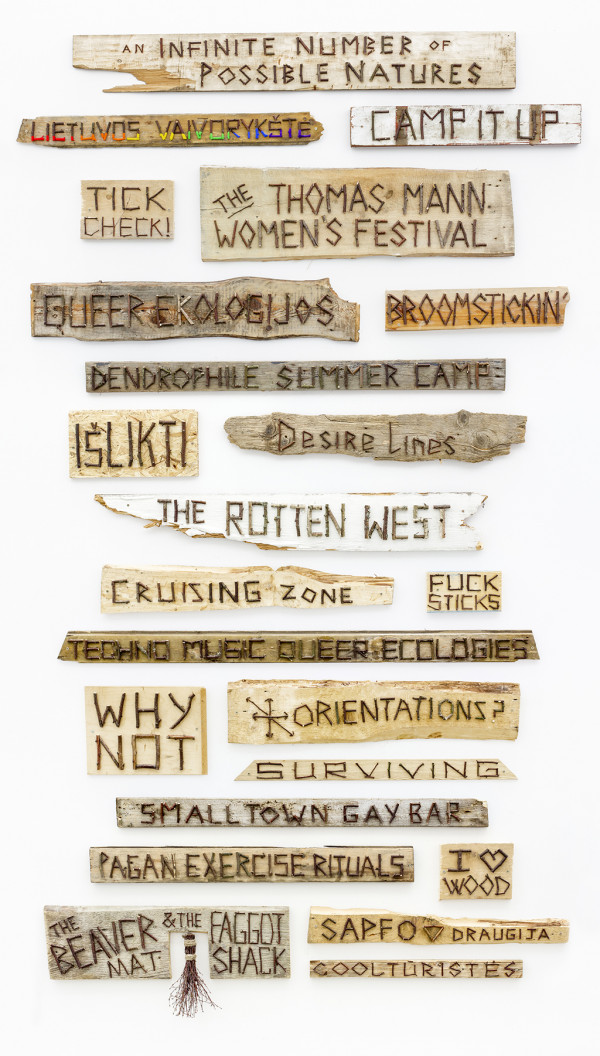 Hannah Jickling and Helen Reed, The Beaver Mat and the Fag(g)ot Shack, 2014 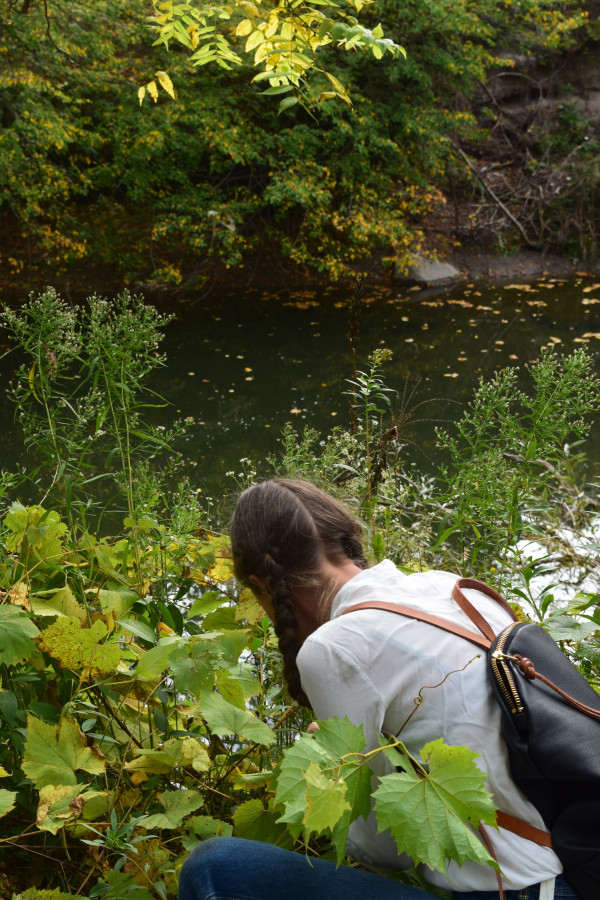 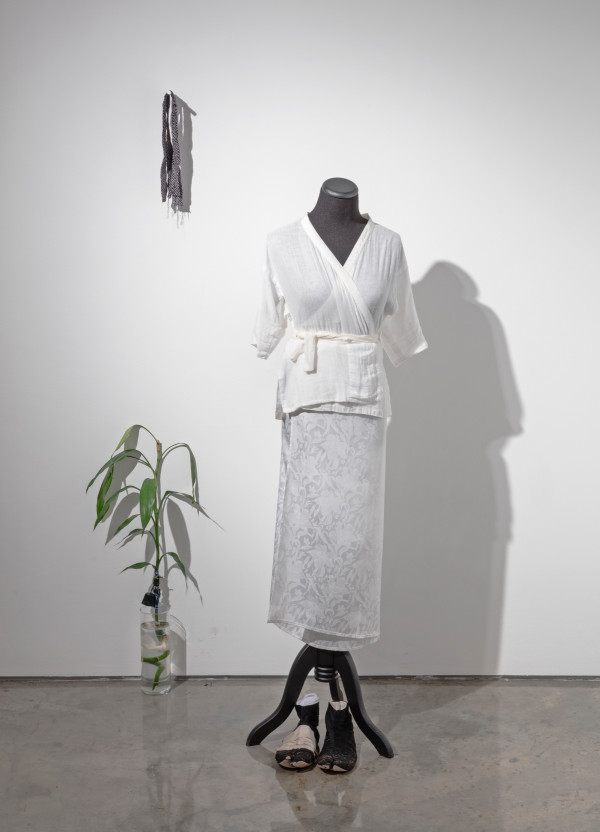 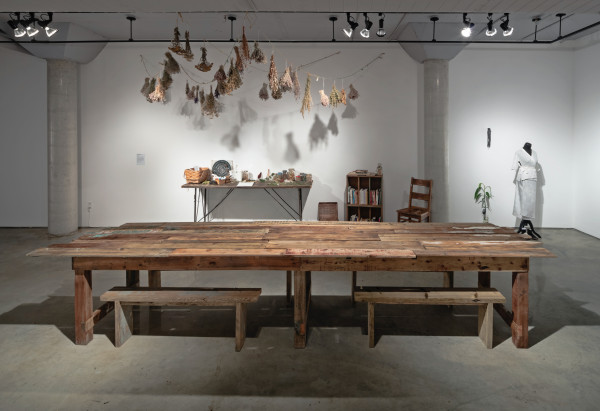 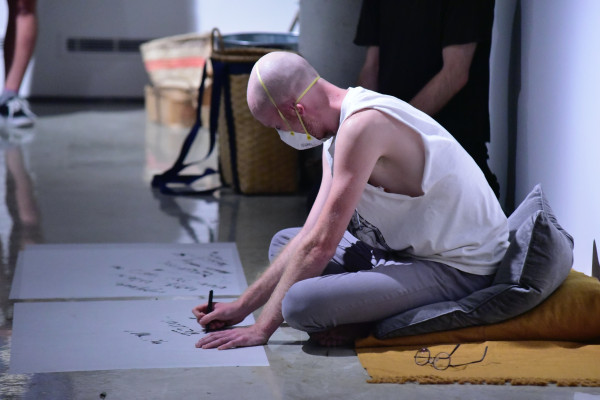 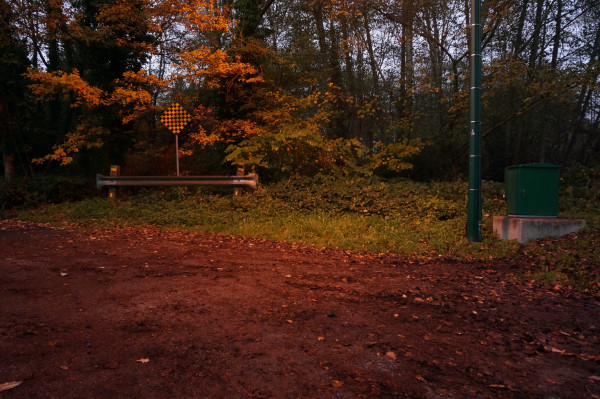 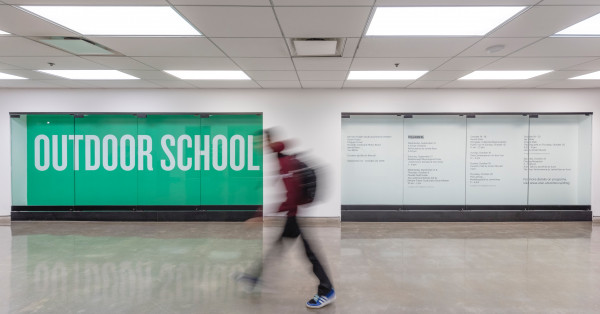 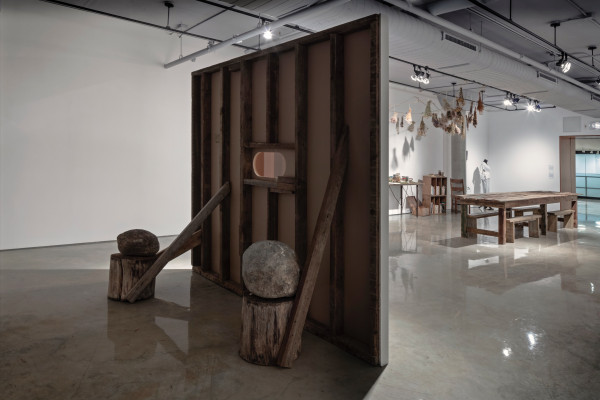 Based in Southern Ontario, Deirdre Fraser-Gudrunas is the sole proprietor of Vibrant Matter, a business providing hand-foraged wild edibles to Toronto's foremost restaurants. Her approach to food and art combines sensory plant knowledge with an emphasis on cooking as a point of access to community. Some past projects have included interactive dinners with artist collective Terrarea, a still life garden planted with the artist Swintak for the AGO, a position as Head Chef at Don Blanche, an off-grid artist residency, as well as leading guided walks on discovering the micropolitics of edibility.

Ayumi Goto is Japanese-Canadian artist, cultural organizer and runner, who in 2013 ran 1,600 kilometres in solidarity with Idle No More, the same distance as the Nishniyuu Walkers who walked from Whapmagoostui in Northern Quebec to Ottawa. She has an extensive performance-based practice, often working in collaboration with Métis artist Cheryl L’Hirdondelle and Tahltan artist Peter Morin. Along with Ashook Mathur and Peter Morin, she is an organizer of O k'in?d?s: Complicated Reconciliations, an indigenous intensive summer residency at UBC Okanagan.

Maggie Groat is an interdisciplinary artist who works in a variety of media including collage, sculpture, textiles, site-specific interventions and publications. Her current research surrounds site-responsiveness with regards to shifting territories, alternative and decolonial ways-of-being, and the transformation of salvaged materials into utilitarian objects for speculation, vision and action. Groat studied visual art and philosophy at York University before attending The University of Guelph, where she received an MFA degree in 2010. Groat was an Audain Artist Scholar in Residence at Emily Carr University (Vancouver) in 2014 and nominated for the Sobey Art Award in 2015. Her work has been included in recent exhibitions at Mercer Union, YYZ Artists's Outlet (Toronto), Western Front, SFU Audain Gallery (Vancouver) Rodman Hall Art Centre (St. Catharines) and Walter Philips Gallery (Banff). She lives on the southern shore of Lake Ontario on the traditional territory of Haudenosaunee and Attawandaron First Nations.

Jamie Ross was born in a little house on Pendrith Street, just north of Toronto’s Christie Pits Park, above a buried river. That’s the place where it began. Ross is an artist, filmmaker and writer. His writings have been anthologized and published in periodicals and artist’s books; his award-winning films have screened on four continents. His work blurs the lines of fact and fiction in its exploration of history and preoccupation with society projections into the future. Personal psychogeography and sense of place are abiding interests. Creating and documenting queer community based on a sincere engagement with magic, grafting himself onto the rich artistic traditions of his ancestors, cultural and biological, is fundamental. Jamie lives in Montreal.

Jay White's work has shown across Canada and internationally, including the Istanbul Design Biennale, Yukon Arts Centre Gallery, the National Arts Centre, and the University of Glasgow. His animated films have won many awards, including Best Animated Short at the Worldwide Animation Festival and others. His films have shown internationally recognized festivals including TIFF, the Stuttgart Trickfilm Festival, and Hiroshima. His film Boar Attack was longlisted for a Best Animated Short Academy Award nomination. Jay's current work deals with transforming relationships with land, the interactions between identities and colonial institutions, and the ways that nonhuman entities become entangled with human projects. He teaches at Emily Carr University.

Amish Morrell is Assistant Professor in the Faculty of Liberal Arts & Sciences and School of Interdisciplinary Studies at OCAD University, and Senior Editor at C Magazine. Over the past decade he has developed numerous exhibitions and public projects that explore the social and cultural dimensions of nature, and combine outdoor activity and artistic practice, including Doing Your Own Thing: Back-to-the-Land in Eastern Canada During the 1970s, The Sauna Symposium, Nightwalks with Teenagers and Running with Art Critics. His writing has appeared in publications including Art Papers, Canadian Art, C Magazine and Prefix. In September 2016 he will be guest faculty at the Banff Centre for the Arts. 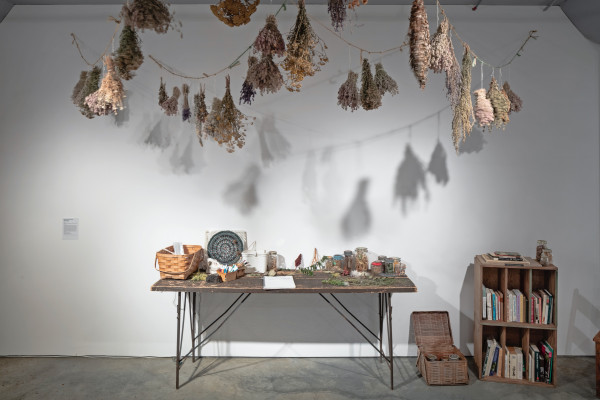 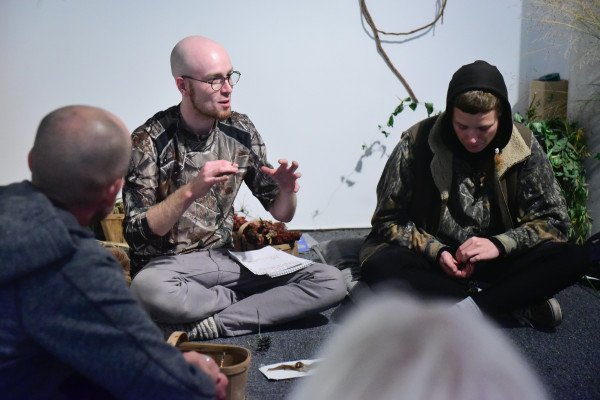 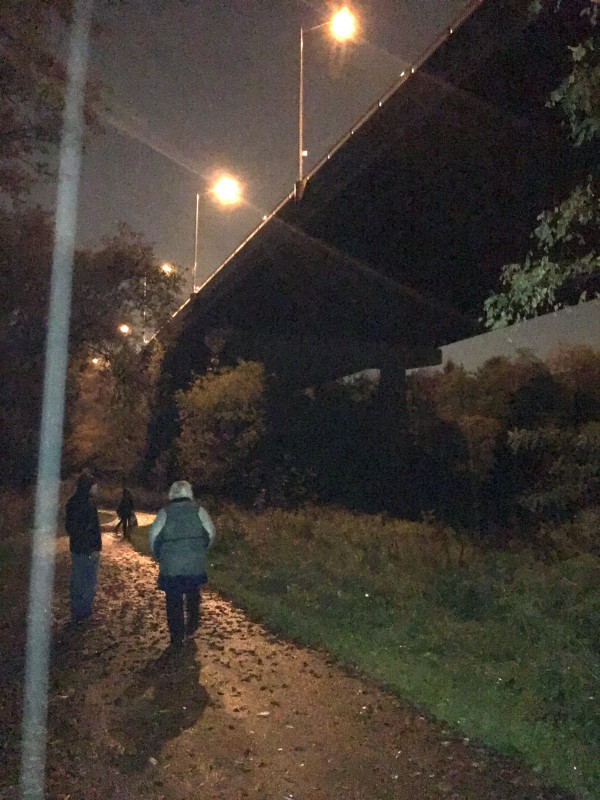 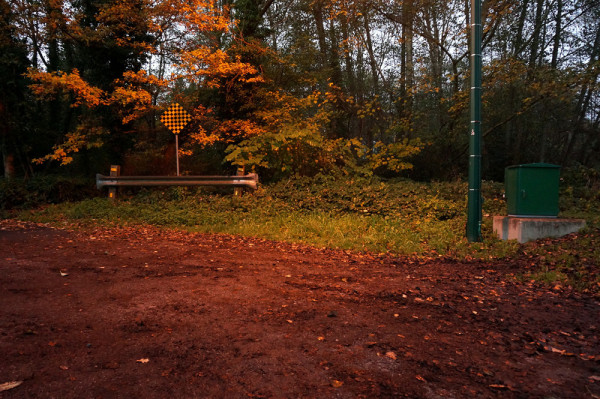 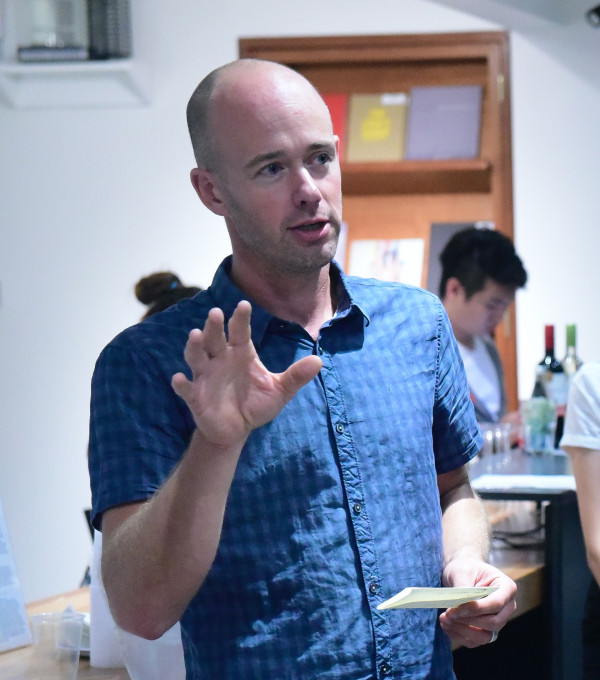 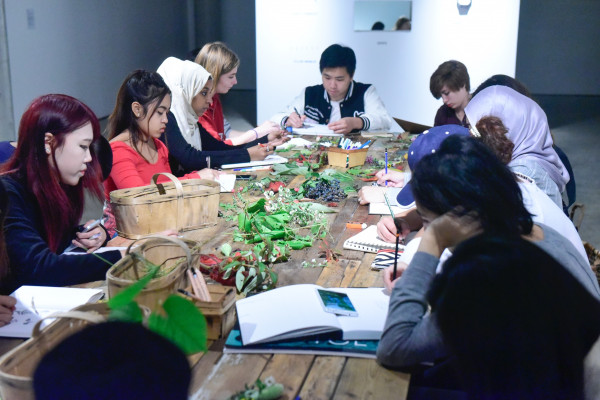 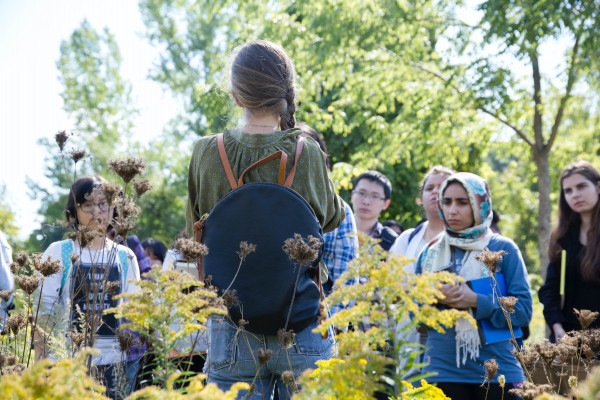 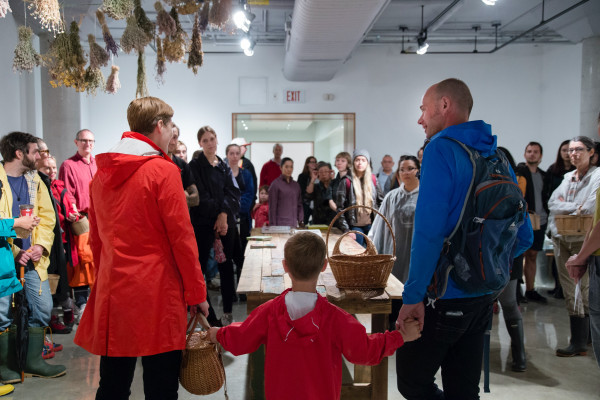 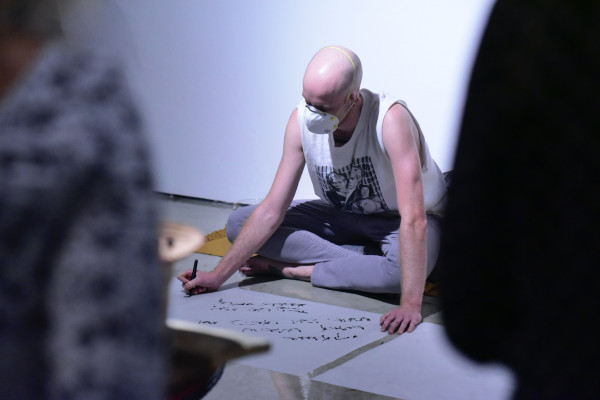 Jamie Ross: A Script of Desire 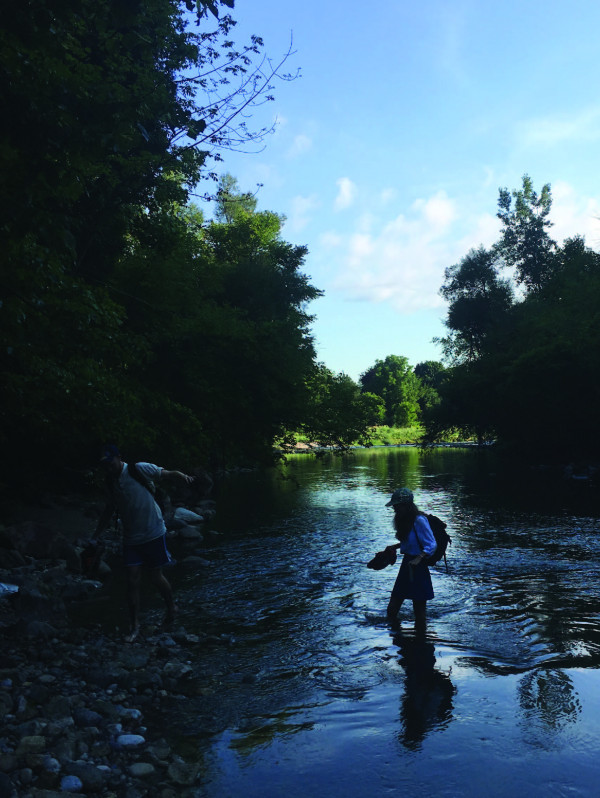 Under the Freeway, a Forest: Some Notes on Trespassing