the world was moving

As our planet careens through space, Lois Andison’s letters and words spin, clouds come and go, a cyclist roams, and we affectively resonate with the transformations, ranging from slight to prodigious, brought about by perpetual movement. Andison engages machines and video to simultaneously present fugitive and funny moments, each in a continuum with milestones and larger narratives. Her pared-back design and restricted palette leave plenty of space for her to take a run at grand considerations such as place, time, and coexistence. In Andison’s work, humour creates an extra distance that makes space for empathy and honesty amidst our human dramas.

1,000 catastrophes (2009) sits in solitude, but its innards churn when it is approached. Andison has transferred her numerous anxieties onto typed slips of paper, sized like fortunes from a cookie. Deposited into a large bell jar that rests on a white cabinet, the possible disasters range from the mundane to the catastrophic, but cannot be read by the viewer. To approach the cabinet is to set the slips of paper into a storm of activity. Tornado-like winds activate fears that blow in a circular motion under the glass. Back away, and the worries fall to the bottom of the jar, representing the cycles of tension and ease that measure out our days.

The inspiration for the work comes from a quote attributed to Mark Twain: “I’ve suffered a great many catastrophes in my life. Most of them never happened.” The sentiment speaks to anxieties that swirl through our minds and impact physiology and action. Approaching the cabinet sets off its worry, and stepping back allows a state of calm. The work’s response evokes a sense of concern when we realize we are prompting its agitation. Witnessing the triggering of the perceived nervous system evokes empathy and the urge to allow things to settle, even for the inanimate object. We know how it feels.

time and again (2005/2007) was shot over one year from the artist’s window that overlooks her yard and the neighbouring rooftops. With the photographic still, time is held, then released, in the sequence of images presented in video format. Taken at intervals half an hour apart, the photos document how space interacts with time for a period of one year. The monitor is presented vertically, in a white frame similar to that of a window, and the viewer has the perspective of the artist as she might gaze upon her yard. Presumably, the looker is sitting, in the moment. In contrast to consciousness, which is concerned with replaying the past and projecting into the future, contemplation seems to make time stand still. The yard is filled with personal effects accrued. Through duration, space has been transformed into a particular place. Time charges forward, but place offers pause. Day repeatedly turns to night, and the seasons come and go as the yard and the houses beyond are seemingly stationary, yet weather and seasons make the effects of the earth orbiting the sun apparent.

coffee, tea or tears (2014) is a neon text work that hearkens back to a 1967 book of alleged memoirs written by two “lusty young stewardesses.” Titled Coffee, Tea or Me?, it was purportedly written by Trudy Baker and Rachel Jones, but the author was actually Donald Bain. Bain was inspired by a failed pitch from two stewardesses whom he felt did not have enough content to thoroughly tantalize their readers. He took their inspiration and augmented and fabricated many of the tales, effectively fuelling male fantasies, as evidenced by the more than five million copies sold.

Andison’s coffee, tea or tears blinks quietly as each option is lit up, and offered sequentially: coffee tea or tears

The white tubes mounted on the white gallery wall are the antithesis of the promise normally offered by neon, such as the ubiquitous red “Open” sign. Tears are the surprise ending, and the text may evoke feelings of empathy, in contrast to the mindless hit of a raunchy joke.

In her article “Crying Women Turn Men Off,” 1 Janelle Weaver cites a study by the Weizmann Institute of Science, in which cognitive neuroscientist Noam Sobel arranged for female subjects to watch a depressing film. He collected their tears and placed them on pads in jars. The jars were held under men’s noses and the result was a drop in the sniffers’ testosterone. Male subjects reported a drop in sexual excitement—this was verified by measuring testosterone in their saliva. As with many of Andison’s works, there is candour and subtle humour at play as a poignant moment is offered up. Here, we are presented with the voice of a real woman, and Andison deftly alludes to the contingencies and reciprocities of actual relationship.

heartbreaking 91 (2009) is described by the artist as a self-fulfilling prophecy. The letters in the word heartbreaking spin and disappear, creating a puzzle of ninety other words that may be found within. Finally it reconstitutes itself, a broken heart, whole. Each word—for example, hate . . . earring . . . rain—bears the weight and density of poetry, as it is born out of heartbreaking. Through the hum of the mechanized shifts, the viewer can reminisce about personal history or be triggered by words that build an imaginary narrative that is contextualized within relationships. As each word is formed, there is pause for reflection, and the game continues. The letters are presented as Scrabble tiles and include the numeric system indicating how many points may be accrued for the use of each letter. Anticipation for the next word is accompanied by calculation of a playful but established measurement of value.

Andison continues to explore her fascination with wordplay in her video what’s in a name (2010). Three self-possessed protagonists (played by the same actor) are individually presented as each meanders on a bicycle through a residential neighbourhood. Flowers in the bicycles’ baskets prompt bystanders to call to each woman accordingly—Ramblin’ Rose, Tiger Lily, or Morning Glory. The equation between flowers, feminine beauty, and the temporality of both is evident in this sensuous and chromatically rich video. Actor Samantha Crowhurst performs both femininity and feminism in the role of each character while reductive comments are lobbed at her by well-meaning neighbours.

Rose’s journey is aptly accompanied by the song “Ramblin’ Rose,” as she drifts along the street. The song suggests that she is carefree, and the camera focuses on her inward smile as she gazes down at the cluster of roses growing in the front basket. Her vintage bicycle clatters gently as the sun shines on her bare shoulders. A neighbour steps from her lawn to the curb and greets Rose as she slows her pace. Rose stops and wordlessly hands the neighbour the eponymous flower. The neighbour smiles, shrugs gently, and quotes a line from Gertrude Stein’s 1913 poem “Sacred Emily.” She says, “A rose is a rose is a rose.”2 The line is often thought to mean that things are just what they are. The cyclist Rose briskly takes back the flower, perhaps feeling that her gesture has been flattened. She rides off, and again takes up her reverie.

In the second and third segments of the trilogy, the riders’ excursions are interrupted when the women are addressed with comments such as “You are such a tiger, Lily” or “Gloria,” breathlessly called out by a man cycling by. The responses range from quiet frustration to playful correction, or direct reprimand.

what’s in a name recalls Pipilotti Rist’s two-channel video Ever Is Over All (1997), where the protagonist saunters down the sidewalk to a hypnotic soundtrack. She wanders blithely with a spirit similar to that of the cyclists in Andison’s video, and carries a long-stemmed, phallic flower that she slowly raises and uses to smash car windows. Each violent action is in contrast to the tone set by the music, and by the actor’s dreamlike gait. Her exquisite revolt is aimed at patriarchal domination as represented by cars, and her power is in the apparent association of women with nature, and the implicit knowledge that things aren’t always what they seem.

what’s in a name refers to Shakespeare’s engagement with lexical ambiguity, as well as Juliet’s earnest hope that regardless of name, one’s essence is consistent. However, names are, in fact, consequential. Their application is distinctly human, and though not unique, they signify one’s sense of self. In contrast, the names that we have given to flowers are genuses—categories assigned according to shared characteristics.

By equating each woman with the particular flower in her basket, and imbuing many of their comments with sexual innuendo, the neighbours’ pedestrian remarks provide fodder and frustration for the cyclists. Perpetual motion, alongside the cyclists’ playful wit, provides a buffer from the intimations that are tossed in their direction. Each woman chooses when to be mischievous, friendly, or irritated.

Andison’s oeuvre recalls David Byrne’s lyric “The world was moving and she was right there with it (and she was).” Her work moves us, and moves with us as we reconstitute our hearts, smile at our worries, and find our way. The oft-futility of our earnest struggles and the subtle humour that permeates our days are embedded in Andison’s production, offering opportunity for reflection and playful recognition of our foibles.

Ann MacDonald is Director/Curator of the Doris McCarthy Gallery at the University of Toronto Scarborough. She has worked with a number of Canadian artists on exhibitions including David R. Harper: Entre le chien et le loup (2013), Mélanie Rocan: Souvenir involontaire (2013), Jon Sasaki: Good Intentions (2010), Liz Magor: Storage Facilities (2009), Bill Burns: Bird Radio (2008), Euan Macdonald: Two Places at Once (2005), and Doris McCarthy: Everything Which Is Yes (2004). The Doris McCarthy Gallery is a collecting institution, and MacDonald has assisted in notable acquisitions including works by Robin Collyer, Liz Magor, Doris McCarthy, Ed Pien, Sasha Pierce, Zalmaï, and others. She has also been a key participant in the commissioning of permanent installations at the University of Toronto Scarborough by Daniel Young & Christian Giroux, Kim Adams, and BGL. She co-authored Shiva’s Really Scary Gifts (Coach House Books, 2002) with Governor General’s Visual and Media Arts Award recipient John Scott. MacDonald is a faculty member in the Arts, Culture and Media department at the University of Toronto Scarborough as well as U of T’s Masters of Visual Studies, Curatorial Stream. 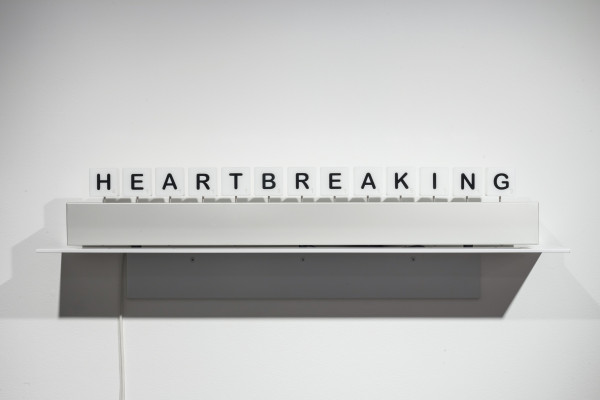 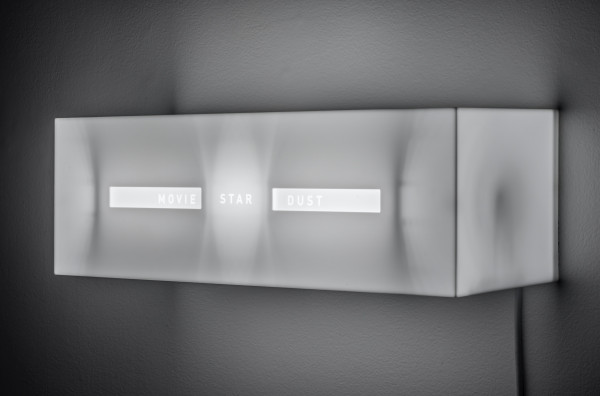 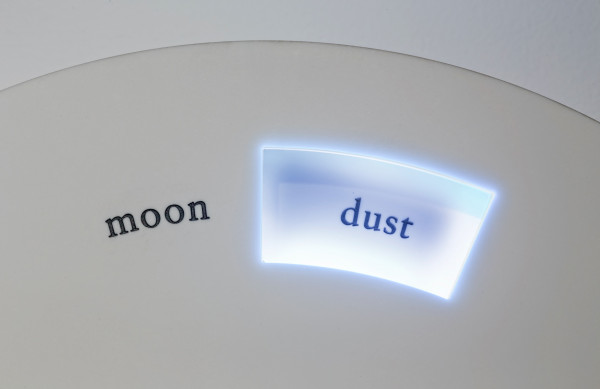