The Trick is to Learn How to See

“The trick is to learn how to see,” said Doris McCarthy. What is this trick we need to learn, and what exactly does “to see” mean? How do we accommodate such a statement in the present age, a digital age that as cultural theorist Paul Virilio suggests has inverted perspective techniques. Virilio insists we no longer look out to discover the world but to discover our own reflections. Indeed by scrolling through social media sites it might seem that we no longer look out to see but to be seen.

Does seeing differ from looking? To my mind seeing suggests the result of a search, while looking is the process. After all, one must look before one sees. And what is it we see? To look is not necessarily to find. If looking is a process to “see” is to find, to confirm, to name and define.

Let us consider looking as a practice without prejudice. Is this the trick McCarthy alludes to? Seeing not a trick of the light but a trick that allows the light to come in. The result of a practice that allows for the consideration of what might otherwise have been overlooked. Typically we overlook when we are trying to find something we already know, or think we know. The trick then is to divest us of what we ”know” and present ourselves to the world with humility. With this divestment of prejudice the artist becomes a beginner, eagerly looking into what presents itself. I’m reminded of Goya’s drawing of an old man on crutches with the caption, “I’m still learning.” McCarthy was always learning and her work over the many decades she was active demonstrates her far ranging interests and inquisitive mind.

A personal recollection: McCarthy sitting atop a very tall stool in the middle of Wynick/Tuck Gallery smiling broadly as she receives well-wishers. A recollection of artist Monica Tap: painter Gerald Ferguson complimenting Doris on her work and she responded that she was an “amateur”. “That’s great”, replied Ferguson, “That means ya love it!”

McCarthy’s life and art demonstrate a loving embrace of the world and its fellows. This exhibition attempts to return that embrace and mark the tenth anniversary of the gallery that bears her name. This exhibition borrows the organizing principle of contrapuntal music, a method Glen Gould used to great effect in composing his 1967 radio documentary, “The Idea of North”. In contrapuntal music you have two melodic lines that relate to one another but remain independent. In a similar way our exhibition pairs McCarthy’s work with that of contemporary artists with whom we felt there was resonance. The undulating rhythms of Angela Leach’s A.R. Wave #96 (2008) with the ebb and flow of McCarthy’s Rhythms of Georgian Bay (1966). Alex McLeod’s travels into a pata-physical ethernity, paired with McCarthy’s travels to Northern Ontario, and David Clarkson’s icebergs with McCarthy’s renditions of the same. Clarkson references Lawren Harris in one of his titles, Painting of an Iceberg after Lawren Harris (2012). Arthur Lismer, one of Harris’ fellow travellers in the Group of Seven, instructed Doris McCarthy’s at the Ontario College of Art. There are more artists participating in this exhibition than the ones hanging on the wall.

When McCarthy passed away she left not only paintings and drawings but also objects, photographs and letters. McCarthy’s life was of a piece. Her teaching, her painting, her friends were all one to her. She led a life that might best be described as porous, where all of life’s aspects interpenetrated. Included in the exhibition are McCarthy’s ice skates. These white figure skates share a room with the work of Laura Millard, who in a series of photographs instructed a skater to inscribe figures on the surface of a frozen lake. The resulting digital prints were then painted into, the figures retraced, the gesture reclaimed. I like to think of Doris as that skater, forever tracing and retracing her figures with her cheeks flushed by cold, celebrating her place within the natural environment she so dearly loved. 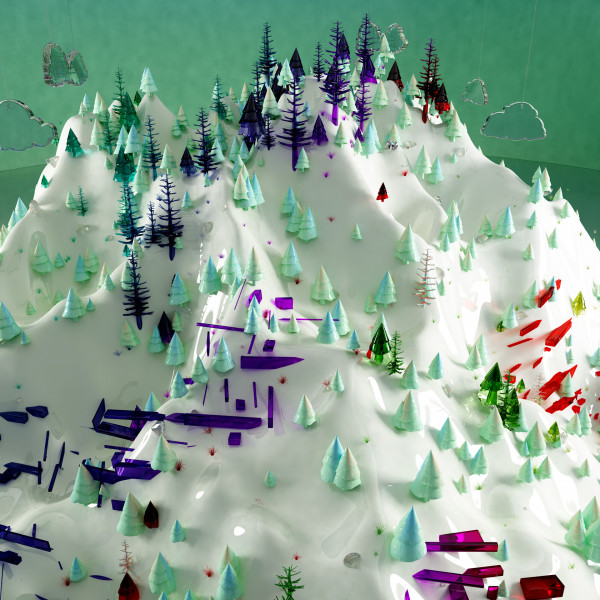 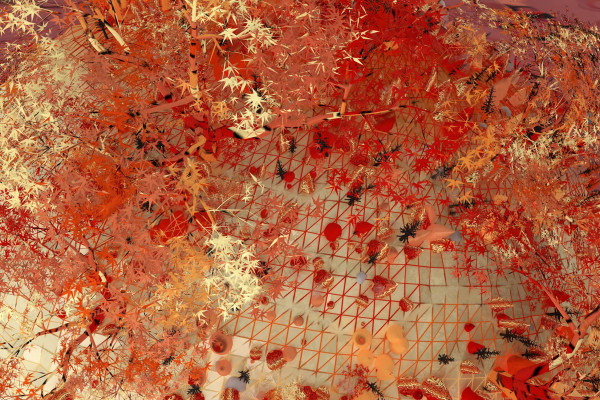