It Can Only Be This Place is an open collection of stories, impressions, and speculations of Scarborough developed by artist Hiba Abdallah. Generated in conversation with local residents, Abdallah produced a series of projects specifically for the Doris McCarthy Gallery. Texts, images, and stories gathered throughout an extended research period were transformed into objects and installations that consider the ways in which place is remembered and commemorated. Alongside this new body of work, Abdallah has invited artists Steven Beckly, Alyssa Bistonath, and Patrick Cruz to contribute to the exhibition. Engaged in various approaches to myth-making and story-telling, their responses inscribe fiction onto Scarborough’s natural, cultural, and diasporic landscapes. Each work provides an intimate look at Scarborough and the various communities that have come to call it home.

“Scarborough,” I declare definitively in response to a new friend’s query as to where I’m from. It took me years to come to this point: to get over the inherent adolescent shame of living in the suburbs; to move past the desire to just say Toronto, in order to avoid confronting the persistent deleterious stereotypes that swirl around Scarberia; to being, finally, fiercely proud of my roots here.

“Oh, I’ve never been!” They respond eagerly. “Should I go? What should I see?”

It was unprecedented. I was used to being met with either the instant bond of “me, too!”, or with veiled contempt. I’d only ever bothered preparing my defence. I falter.

People hold on so tightly to a specific narrative of this place.1

How we define a place that we are not from tends to be entwined with how we consume it through images, media, and products. What would we find in a souvenir shop dedicated to Scarborough? As the point of departure for this exhibition, Hiba Abdallah has approached this question with humour and care, producing a line of products that reconsider the ways in which people identify with and remember place. The objects in her speculative souvenir shop attempt to embody the region’s defining characteristics, however intangible those may be.

In a line of vintage wear, Abdallah has branded items not with the noteworthy architectural gems common to civic memorabilia, but with obsolete Scarborough businesses. For local residents, many of these symbols hold sentimental value – such as the hat embroidered with the logo of Knob Hill Farms, a supermarket whose legacy lives on in a black shopping basket, ubiquitous in many Scarborough homes. Beyond nostalgia, the products honour the role these commercial spaces have played in suburban life. They are emblematic of the communities that form around these hubs, which have suffered or been lost as dying malls – one of the few social gathering places in the suburbs – disperse into big-box stores.

Souvenir Shop: Scarborough, Ontario pushes the myth of the boring suburb into the realm of cultural commodity, albeit one that remains elusive and incapable of being pinned down. A series of postcards make bold statements: “Where the sweetermans live”; “Where Warden Station beef patties are extra greezy”, recalling specific sites and sounds in the language of Scarborough’s hybrid Patois-derived slang. It’s the kind of cultural capital that’s born here in Scarborough, where diasporas co-mingle, and upon which Toronto as a whole often capitalizes.

This is where a lot of people from the diaspora live. To be diasporic is to always think about where you came from.1

From the 401, the distinctive white arches that adorn the plaza’s roof mark our arrival at Kennedy Commons. A line several hours long snakes across the hot asphalt parking lot, leading towards the newest addition to the retail centre: Jollibee. A smiling, human-sized bee greets the crowd. This is the first location of the Filipino fast-food emporium to open in Ontario, and its popularity continues to soar. It’s here we find Patrick Cruz, awaiting an order of Chickenjoy.

Food plays a significant role in shaping cultural communities, and Scarborough is well-known for its diasporic cuisine after being named the best ethnic food suburb by U.S. economist Tyler Cowen.2 It was a natural choice for a restaurant chain from the Philippines looking to break into the Canadian market. News media picks up on the frenzy: Why are people still lining up for Jollibee?, they ask. "I just like to see so many Filipinos together,” one attendee responds. “It’s like reliving your childhood.”3 In search of a communal experience, the ritual of lining up has become a sort of pilgrimage to a distant homeland – a homeland many have yet to visit themselves.

This pride and nostalgia exist in tension with the realities of a global enterprise, whose business practices have been largely destructive to its home country, where it has fostered increased economic disparity. Through various acts of deconstruction, Cruz breaks down some of the myths surrounding Jollibee, beginning with the jolly bee itself, whose component parts take their cues from the likeness of Mickey Mouse and Ronald McDonald. Ever mindful of the paradoxes that accompany globalization, Cruz brings to light some of the darker undercurrents of the multinational corporation.

It’s not always the way it seems. Nowhere is ever really like it appears.1

On a chilly morning in late winter, we head out to Bluffer’s Park for an impromptu retreat, the isolated beaches a reliable refuge from crowds in cooler months. As we approach the shore’s western edge, we notice we aren’t alone: two figures in full-body white hazmat suits stumble towards the water, followed by a team of cameras. Scarborough’s otherworldly landscapes, and its capacity to withhold secrets – like the hidden tunnels of the former GECO munitions plant – have made it an ideal setting for speculative fiction, both in text and on screen.

Perhaps on another day, we’d have spotted Alyssa Bistonath’s astronaut. The figure appears in Bistonath’s film Portals, commissioned as part of the first Nuit Blanche Toronto exhibition to be held in Scarborough. The film is an intimate portrait of the Guyanese diaspora, presented through the lens of science fiction. Situated at the gallery’s entrance, the astronaut appears in costume, ready to play Mas. Beautiful yet absurd, the figure embodies the kind of ambiguous identity that resonates in many diasporic communities. It embraces, in Bistonath’s words, “the persistent tension of living in a place that is simultaneously often hostile to foreignness, while also being the place one calls home.”4

In recent years, the literary art that surrounds Scarborough has sought to give voice to the myriad of intersecting narratives embedded in this place. Authors like David Chariandy, Catherine Hernandez, and Carrianne Leung offer reflections on identity, memory, and trauma that are often omitted from dominant narratives of suburban life. They are, in the words of Sneja Gunew, the inventors of community, forming invisible bonds with readers who have shared similar experiences.5 They make space for past, present, and future versions of Scarborough previously untold.

Abdallah has gathered some of these novels into a reading room, which acts as a companion to Dear Scarborough, a participatory collection of open letters addressed to Scarborough. The project is an invitation to share desires and memories of this place, an extended archive generated by and for future visitors. Acknowledging that every story is intrinsically incomplete, Dear Scarborough creates space to build on – or contest – the narratives presented in this exhibition.

I’ve recently discovered all the magic hidden in the most unassuming places.1

It’s early spring. We head down the winding road towards Scarborough’s natural southern border, Lake Ontario. Nestled on the edge of the lake, atop our namesake Bluffs, is a place called Fool’s Paradise. The expansive waterfront property and former home of artist Doris McCarthy now operates as an artist-in-residence program. The current resident, Steven Beckly, welcomes us, leading us on a tour around the grounds.

Beckly’s photographic images linger throughout the cottage, colour transparencies shimmering in the sun, beautiful and effervescent. Iridescent bubbles, glittering waves, mirage-like trees and opalescent puddles imbue the natural features they depict with spectral magic. The works’ mystical qualities are derived from the land and water that envelops the property, each photograph a refracted glimpse of Scarborough’s natural landscape.

Scarborough’s physical features have come to define much of its worth in the eyes of outsiders, but what captivates us is not easily understood by viewing alone. It’s difficult to articulate the power of this place, how it radiates from spaces where nothing in particular is happening. It exists as a feeling, what we might call qualia – instances of bodily and perceptual experience that are ineffable, intrinsic, and personal. How do you describe a sensation to someone who has yet to experience it? Analogy can only take us so far. This is a place that needs to be experienced haptically.

We can sense it in the vibration of cars and busses that roar above as we rest under the overpass. We feel it through our backs, pressed against the cool concrete, trace it with our fingertips as we follow the contours of deepening cracks. Shading our eyes from the sun that sparkles on the creek, we understand: where there is movement above, we have movement below.

Everyone wants to escape this place, but sometimes I wonder why? It has a lot of hidden treasures. You have to be here to see them, though: to feel them… to experience them. To be a part of it. I’ve never left and I have no intentions of leaving. Everything that I need is here. 1

Tiffany Schofield is a Canadian artist and curator. Since 2015, she has been working as part of the Scarborough-based artist collective Y+. Their collaborative artistic and curatorial work is centred on community-building, with a focus on emerging practices and suburban spaces. Schofield holds an HBA from the University of Toronto Scarborough and an MFA from York University. 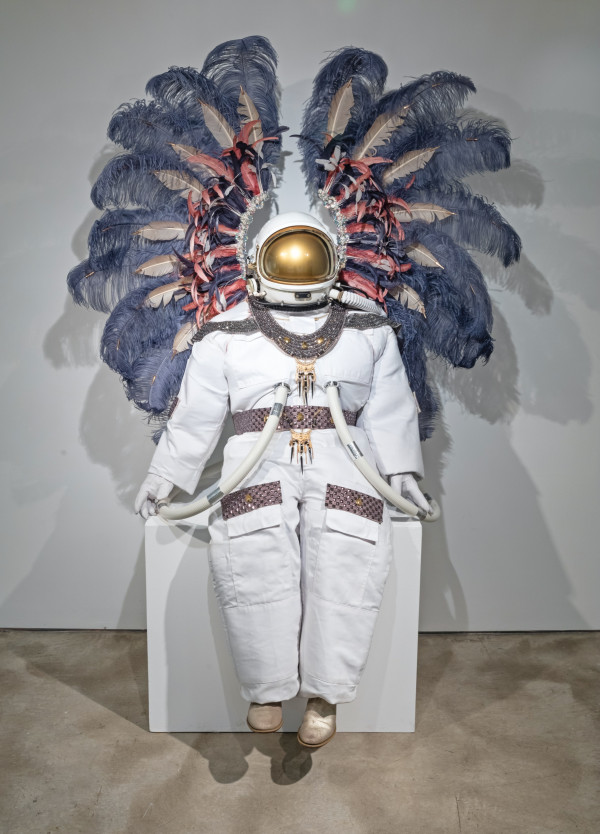