With an instinct for justice

With an instinct for justice brings together two projects that reveal acts of collective resistance and the poetic, lingering impact that individuals working together can have on systems of power. Elise Rasmussen and Shadi Harouni’s works offer intimate portraits of pushback. Addressing the economic, political, and social arenas in which citizens take action against oppressive forces, each project directly registers the political and the global on human, individual, and personal scales. Conflict is at the core of these oppositions, but the works within this exhibition also offer a sense of catharsis, empowerment, and perhaps even resurgence. With an instinct for justice makes us acutely aware of the embodied nature of resistance and the emotional investments that counteractions demand. Both Rasmussen and Harouni document social subjects within contested contexts of commodification, resource extraction, and political power. While Harouni’s works frame a resistance to erasure, Rasmussen directs our attention to corporeal resistance. The resonances that linger between these two projects talk us through intimate and mighty acts of refusal.

With an instinct for justice is a Featured Exhibition in the 2018 Scotiabank CONTACT Photography Festival and winner of the 2018 Gattuso Prize and the Ontario Association of Art Galleries (OAAG) 2019 Thematic Exhibition of the Year. 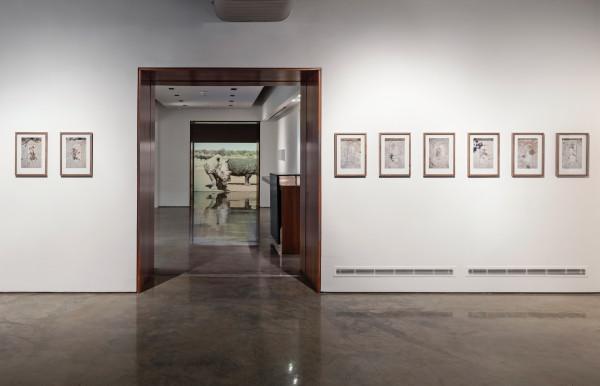 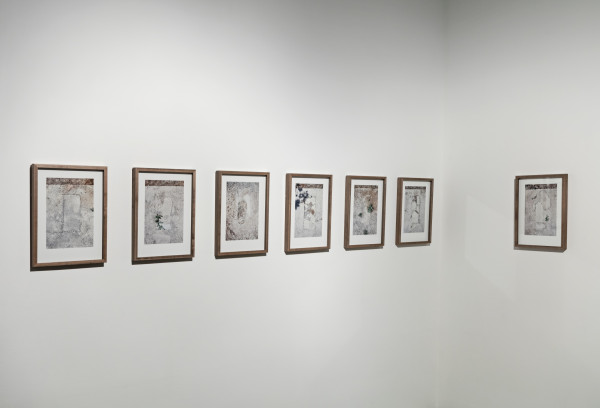 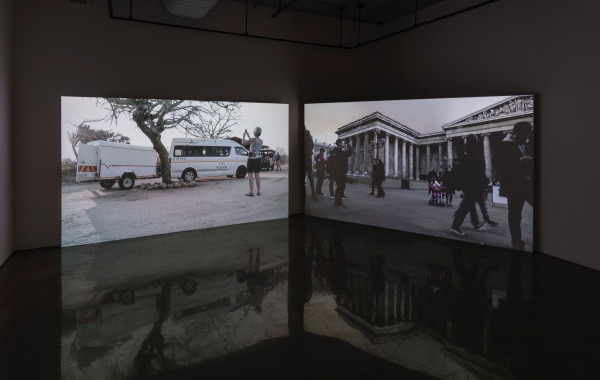 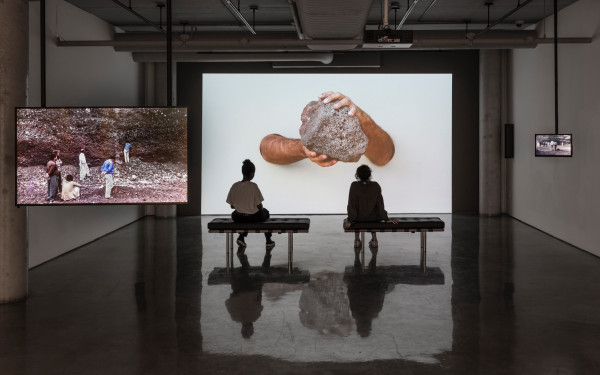 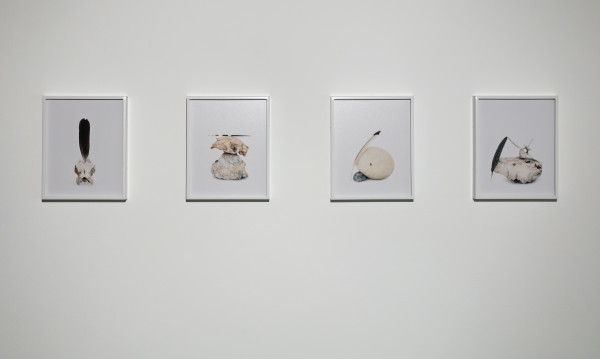 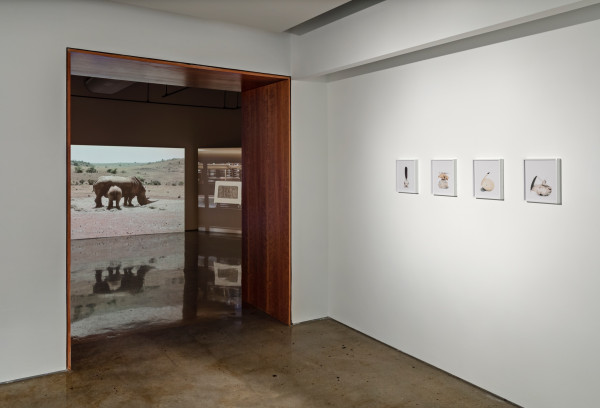 With an instinct for justice, Installation view, 2018

Elise Rasmussen (born 1977, Edmonton, AB; resides in Brooklyn, NY) is a research-based artist working in photography, video and performance. Her work has been exhibited, performed and screened at international venues including the Brooklyn Museum (New York), the Irish Museum of Modern Art (Dublin), Night Gallery (Los Angeles), Pioneer Works (New York), and Erin Stump Projects (Toronto). Elise received her MFA from the School of the Art Institute of Chicago on a Merit Scholarship (2007) and her BFA (Hons.) from Ryerson University (2004). She gratefully acknowledges the Canada Council for the Arts and the Jerome Foundation for support with this project.

Shadi Harouni is a visual artist based in New York and Tehran. Her practice ranges from site-specific interventions, video and sculpture, to photography, printmaking and publishing. Her research centers on marginalized and forgotten histories of dissent and resistance, chiefly in the Middle East. Her recent projects, set in quarries and cemeteries throughout Kurdistan, have been exhibited in public and private venues including The Queens Museum, NY, Kunstmuseum Bonn, DE, MUCA Roma, MX, The Elizabeth Foundation for the Arts, NY, Fondazione Ratti, IT; and featured in publications that include Art Forum, Shifter, Mousse, The Guardian and The New York Times.  She holds an MFA in studio art from NYU and a BA in Fine Arts from University of Southern California. Harouni is a professor and Head of the Undergraduate Program in Studio Art at New York University Steinhardt.

Noa Bronstein is a curator and writer based in Toronto. She has contributed to such publications as PREFIX Photo, Canadian Art, Border Crossings, The Journal of Curatorial Studies and C Magazine. Recent curatorial projects include When Form Becomes Attitude at Contemporary Calgary and Memories of the Future at Gibson House Museum. 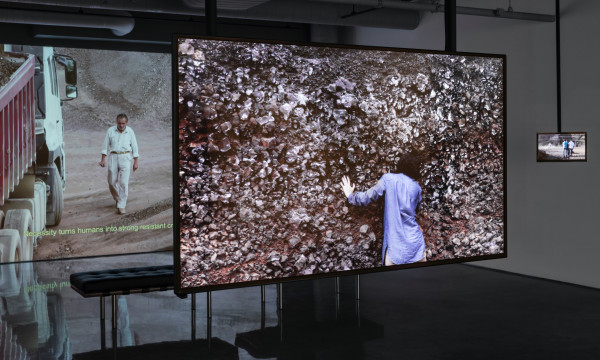 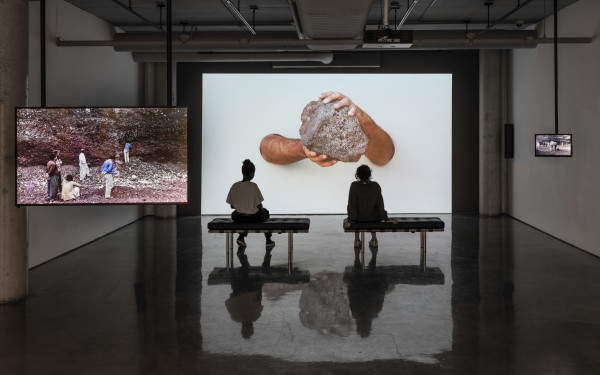 With an instinct for justice Opening Reception 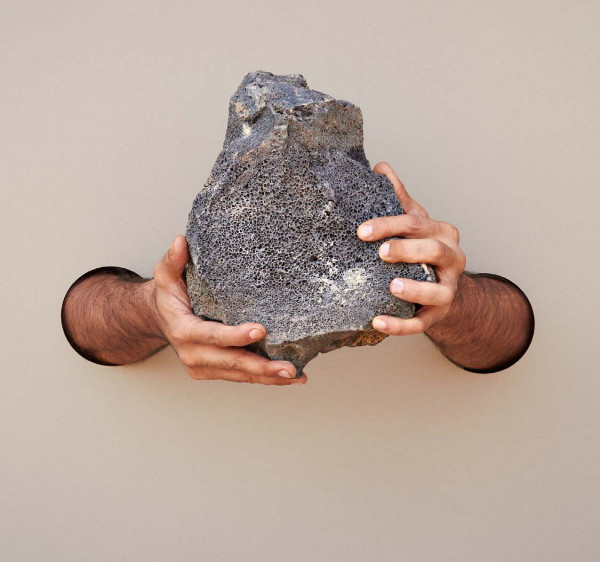 With an instinct for justice