Organized by the University of Lethbridge Art Gallery

For The Lion’s Share, Calgary-based artist Rita McKeough will create a simulated restaurant in the Doris McCarthy Gallery with found and constructed objects, kinetics and sound. The installation uses a humorous and dream-like scenario to raise questions about the complexities of our relationship to eating animals, highlighting the contradictions and anxieties around choosing what is acceptable as food and what is not, and considering the impact these choices have on the environment.

The Lion’s Share is based on the artist’s ongoing concerns about the consequences of urban and agricultural development and processes. Considering the design and science of cattle feedlots, as well as the demands on the environment from these large-scale industrialized farming systems, McKeough juxtaposes the systems and structures that are used to feed livestock with the architectural designs of public eating areas. The artist is interested in constructing and performing with food products, raising questions about their quality, and the quality of life of the animals from which they are produced. 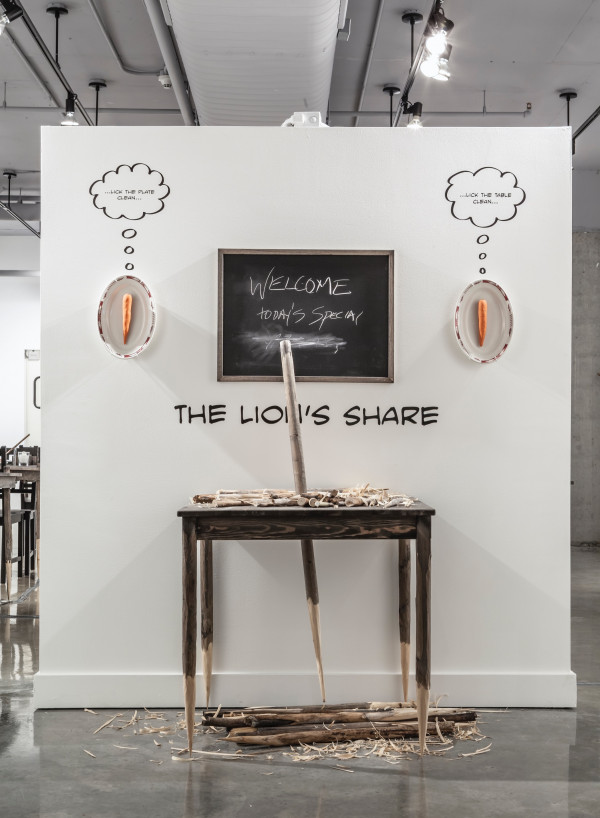 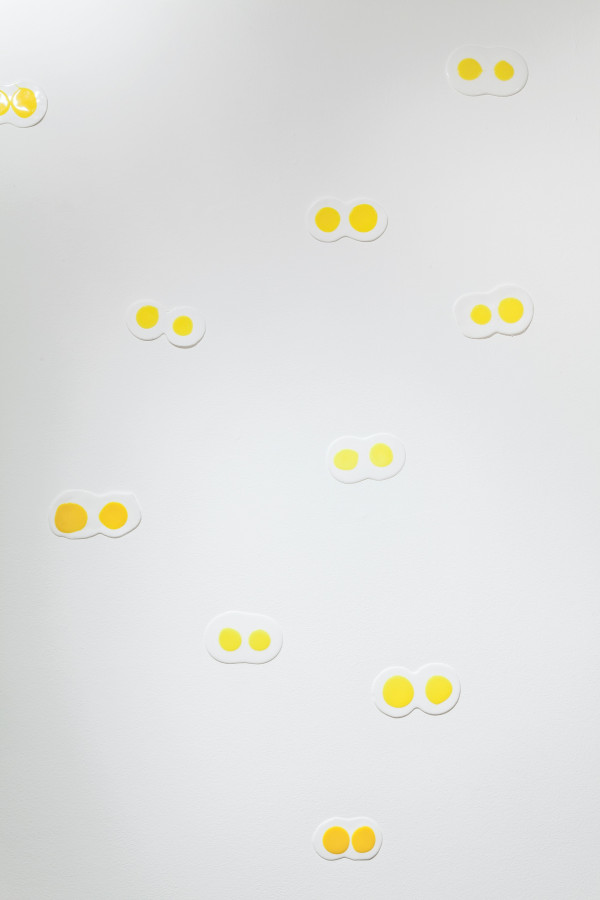 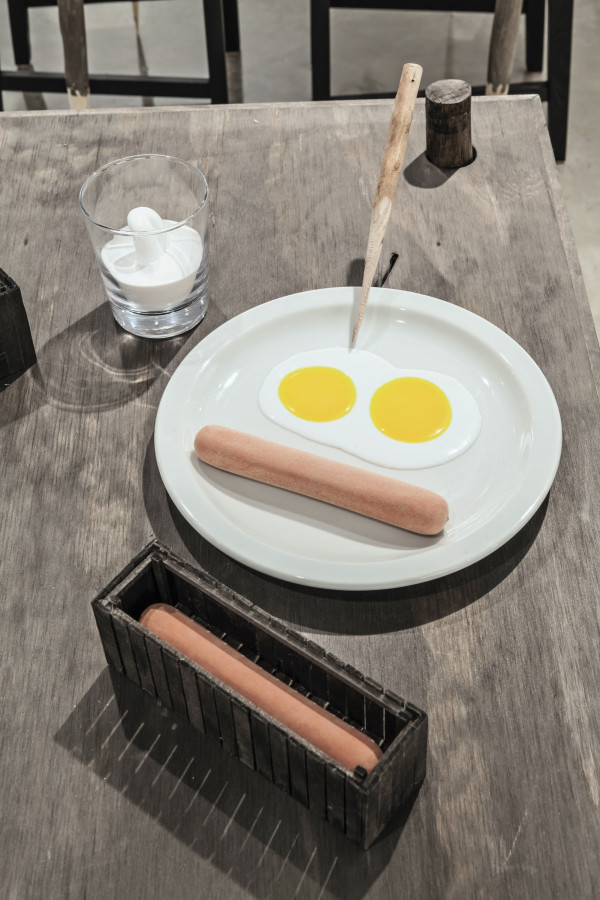 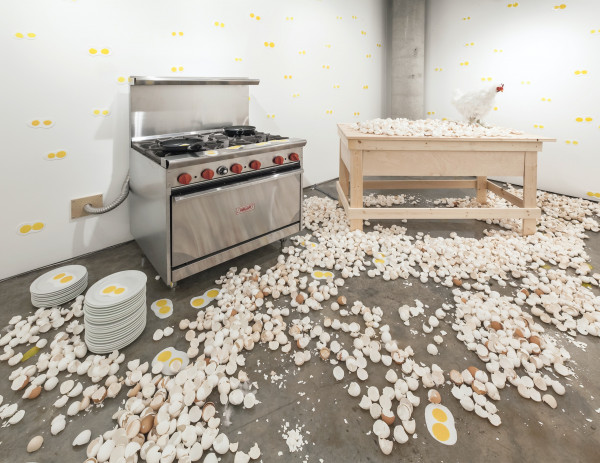 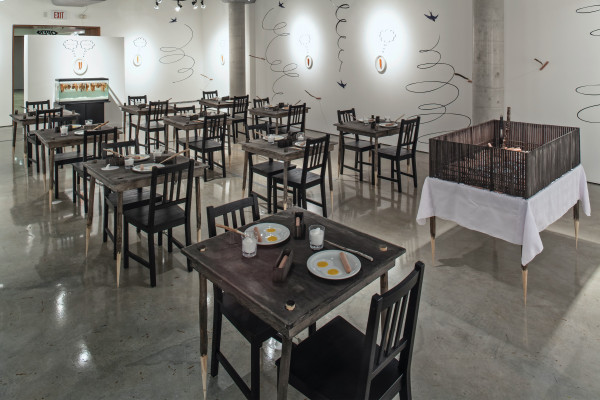 Calgary based audio, media installation and performance artist Rita McKeough has exhibited extensively in Canada since 1977 and has presented her work internationally. She has taught at various art institutions throughout Canada. McKeough has maintained a commitment to artist run centers, community based art and music initiatives. Born in Antigonish, Nova Scotia, McKeough studied printmaking and sculpture at the University of Calgary where she received her BFA. She went on to study at the NSCAD University where she was awarded her MFA in 1979. McKeough received the Governor General’s Award in Visual and Media Arts in 2009. 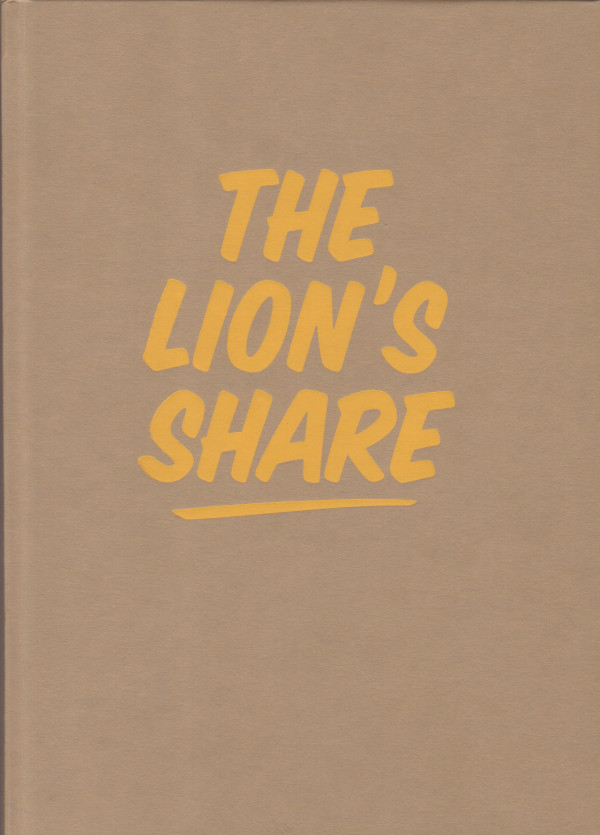 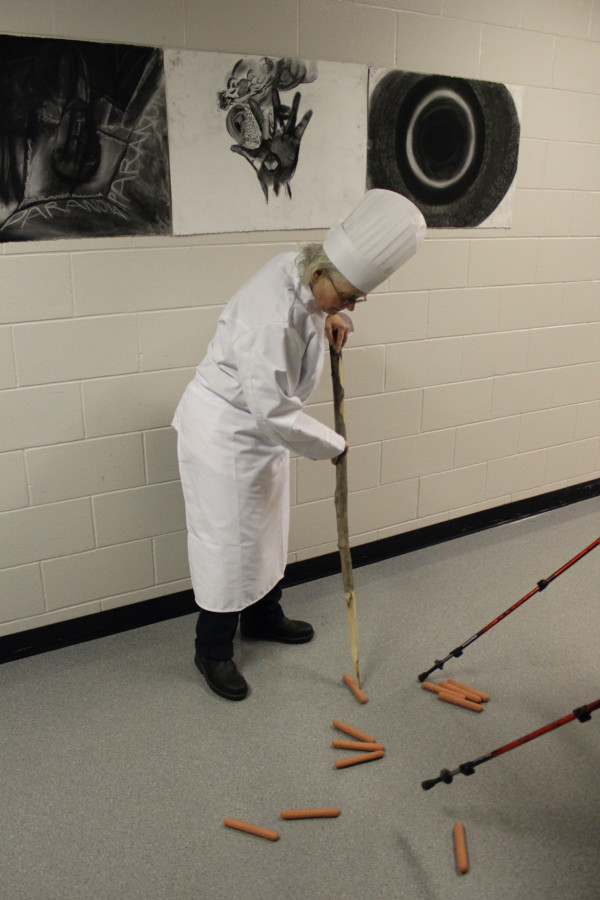 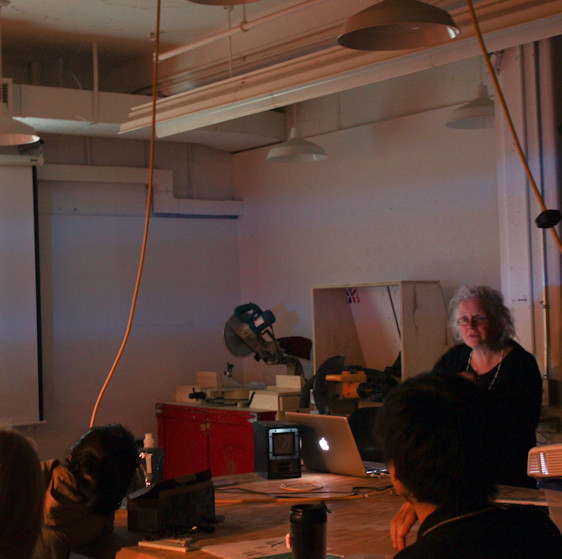 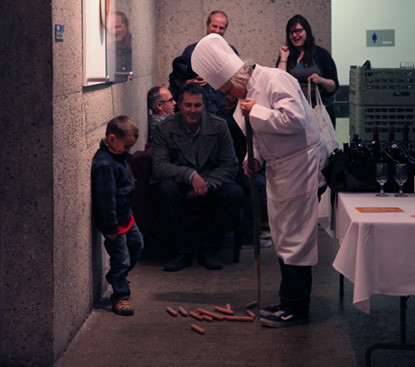 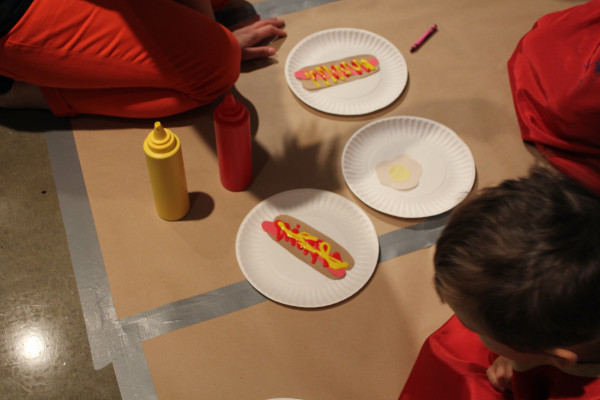