The Doris McCarthy Gallery commissioned the Feminist Art Gallery (FAG) to create a work that would contribute to the ongoing discussion of sexual violence in our Canadian context, including on university and college campuses, as well as the University of Toronto Sexual Violence Policy that was implemented in January 2017. [1]

In anticipation of this policy, and with the knowledge that this policy and the process of its creation and implementation will be flawed, and its outcomes fraught, still we have hope that because of centuries of activism insisting on justice for survivors and the annihilation of rape culture, the most marginalized people will move from margin to centre.

This installation includes two large murals that depict the movements and individual activists that have put pressure on institutions of education, law, government, and the media to address the conditions of toxic masculinity, white supremacy, colonialism, and other structural inequalities that breed and even encourage sexual violence. The activists represented here flank the centre mural, which depicts the university itself and the complicated relationships that individuals and communities have as insiders, outsiders, perpetrators, survivors, and policy-makers: a collective body that comes together for the project of learning and problem-solving and has great potential to decolonize curriculum, centre survivors, and support those who are most marginalized. Unfortunately, this isn’t always or even usually the case, and it is up to “us” to stay vigilant to hold together, make space for voices to make change, and insist on socially just accountability in structured and everyday ways.

The title #silenceisviolence honours the student-driven movement (Silence is Violence) to end sexual violence on university campuses that is happening right here and now. Silence = violence is also a more generalized social justice call to action that is multi-pronged and useful as it flags the connections between white supremacy, heteropatriarchy, colonialism, the suppression of information, complacency, and fear that allow for the abuse of power to continue as seemingly unchangeable as it limits our lives and harms people every day.

This project precedes the establishment of the Sexual Violence Centre that will open at the University of Toronto Scarborough in spring 2017.

1. In March 2016, the Ontario government passed Bill 132, the Sexual Violence and Harassment Action Plan Act, which required workplaces, campuses, and communities to address sexual violence and harassment. Publicly assisted post-secondary institutions were instructed to have their own stand-alone sexual violence policy that will undergo a review every three years. 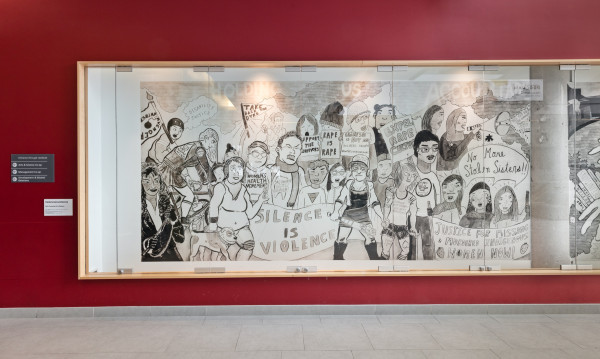 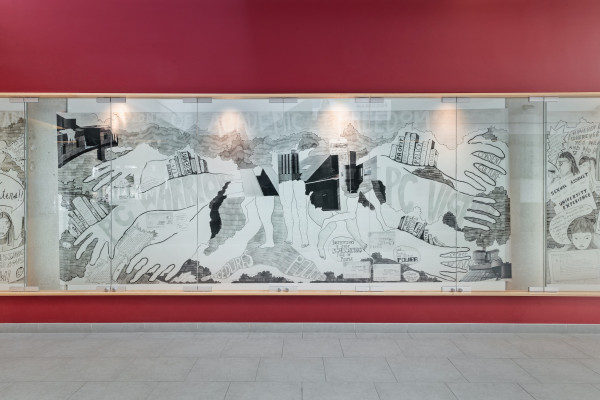 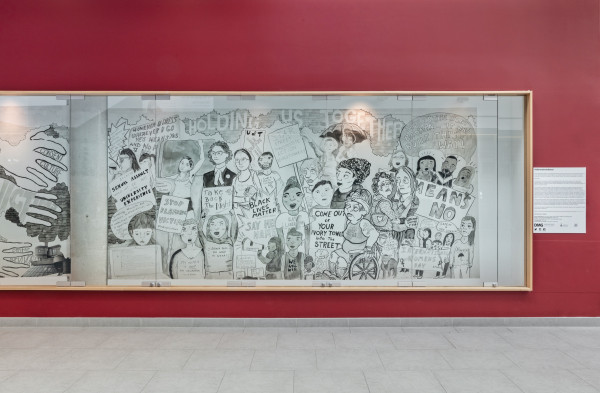 Mandi Gray attempts to intersect empirical research, activism, art, and humour to critically examine and discuss issues of sexual violence in her work. Mandi’s writing about her own sexual assault and subsequent legal battles has appeared in Now Magazine and Toronto Star. She is currently producing a feature length documentary film title Slut or Nut: The Diary of a Rape Trial. In her spare time, Mandi is working on her PhD in the Department of Sociology at York University.

Heidi Cho is a multi-disciplinary artist based in Toronto. She self-publishes comics and zines about being a queer Korean navigating family and mental health. Her work has appeared in C Magazine, Shameless Magazine, and Peak Magazine. She has interned with FAG Feminist Art Gallery, as well as Red Dress Productions. She is currently working on a graphic novel about intergenerational trauma and healing.

Deirdre Logue holds a BFA from the Nova Scotia College of Art and Design and an MFA from Kent State University. Recent solo exhibitions of her award winning work have taken place at Plug In Institute of Contemporary Art in Winnipeg, the Art Gallery of Ontario (Artist in Residence), Open Space in Victoria, Oakville Galleries, the Images Festival in Toronto, the Berlin International Film Festival, Beyond/In Western New York, YYZ and at articule in Montreal.

Logue has contributed over 25 years to working with artist-run organizations dedicated to media arts exhibition and distribution. She was a founding member of Media City, the Executive Director of the Images Festival, Executive Director of the CFMDC and is currently the Development Director at Vtape. Logue has been dedicated to working at the Independent Imaging Retreat (the Film Farm) in Mount Forest Ontario since 1997 and directs the FAG Feminist Art Gallery with her partner/collaborator Allyson Mitchell.

Allyson Mitchell is a maximalist artist working in sculpture, performance, installation and film. Her practice melds feminism and pop culture to investigate contemporary ideas about sexuality, politics and the body. These articulations have resulted in a coven of lesbian feminist Sasquatch monsters, a room-sized Vagina Dentata, an army of genius Holly Hobbies and a woodland utopia library of political knowledge.

Her works have exhibited in galleries and festivals across Canada, the US and Europe, including Tate Modern, the Textile Museum of Canada, the Museum of Contemporary Canadian Art, Yerba Buena Art Centre, Andy Warhol Museum, Walker Art Center, The British Film Institute, Winnipeg Art Gallery and the Art Gallery of Ontario.

Her most recent collaboration with artist Deirdre Logue include Killjoy’s Kaslte: A Lesbian, Feminist Haunted House in Toronto, London and Los Angeles. The two just completed an artist in residency program at the Art Gallery of Ontario where they completed new video and sculptural work for the travelling exhibition “I’m Not Myself At All.”

Mitchell is an Associate Professor in the School of Gender, Sexuality and Women’s Studies at York University and runs the FAG Feminist Art Gallery with her partner Deirdre Logue.

Morgan Sea is a cartoonist from the Canadian Prairies. Her practice often blends fantasy and queer theory to create trans feminist comics, zines, and new media endeavours. Past projects include producing 40 episodes of Tranzister Radio, a monthly radio show celebrating trans activism and cultural production. Sea studied video and performance art at Concordia and ACAD. She currently lives in Toronto with her girlfriend and their three cats, while studying comics in a master’s program at OCAD University. 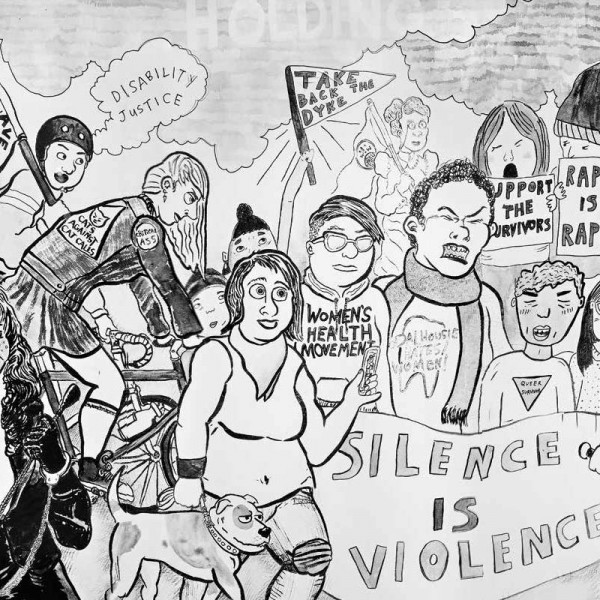