Rhonda Weppler and Trevor Mahovsky produce representations or alterations of everyday objects such as staples, coffee cups, flags, shopping carts and cars. Some of their works use indexical processes such as casting, tracing or embossing, to record the shape and surface characteristics of an object. Using direct means, casting from the object itself and not from molds, each object is rendered in a single material approximating its general physical character in terms of colour, opacity and reflectivity. The limits of the materials result in representations that succeed in some terms and fail in others.

Another body of work consists of monochrome-painted solid wooden blocks which function as nearly blank, minimal stand-ins, becoming surrogates or signs for objects. As more work is produced, the sculptures increasingly refer to other sculptures within the series by restating, reconfiguring or negating them through either formal repetition or arrangement, the latter being most commonly a process of stacking. Through these processes altered found objects are also integrated into the work. As the works become more intricately linked, their conceptual and representational processes unravel into formal play, visual and material jokes, art historical reference, social commentary and narrative.

For their exhibition at the Doris McCarthy Gallery, Weppler and Mahovsky are also showing “Thirty Foot Canoe Yawl (collapsible)”, a life-size piece based on a sailboat. The boat is made of fir-wood veneer coated with a layer of resin and held together by clamps on the inside. The artists present the outside of the boat only, made from actual sailboat plans. As with their other large works, including foil casts of cars, the canoe yawl is a skin without a body that naturally collapses in on itself, creating a new object with an unknown narrative. In many ways, these new interpretations of known objects are more animate than their originals, implying their own histories; but as monumental sculptures, their collapse casts them as failures, albeit calculated ones. Thus, rather than collapsing into pure materiality or formlessness these works all coalesce into a similar recognizable shape: the familiar trope of the “wreck”.

The installation at DMG will be a careful reconstruction of the final collapsed form of the canoe yawl as it appeared in its last installation at Rodman Hall. This arrested or preserved version of the boat will appear alongside photographs of the foil car casts, as a suite of frozen versions of Weppler and Mahovsky’s works. If the initial appearance of their work is a deception, it is also ultimately transparent in its structure; it is left to the viewer to decipher the slippery, transmutable nature of these familiar things. 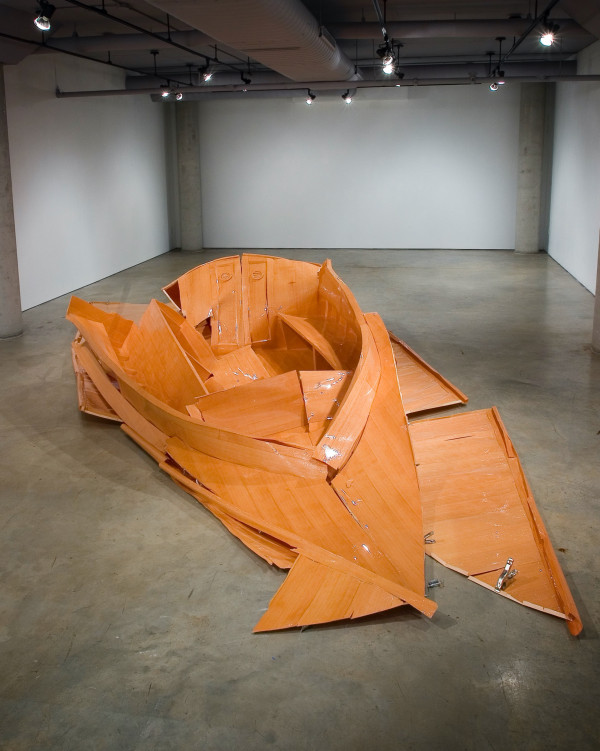 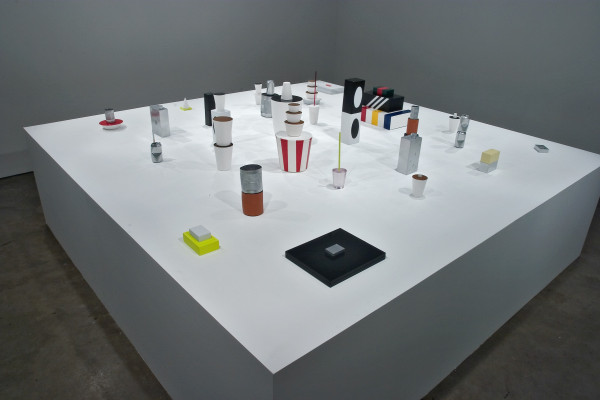 Rhonda Weppler and Trevor Mahovsky received their MFAs from the University of British Columbia in 1998. Both have extensive solo exhibition records and have collaborated in their practice since 2003. Recent exhibitions include (2004) the Owens Art Gallery, Or Gallery, (2005) the Ottawa Art Gallery, loop-raum fur actuelle kunst, Berlin (2006) the Southern Alberta Art Gallery and Rodman Hall Arts Centre. They are represented by Pari Nadimi Gallery in Toronto.

The artists acknowledge the support of the British Columbia Arts Council. 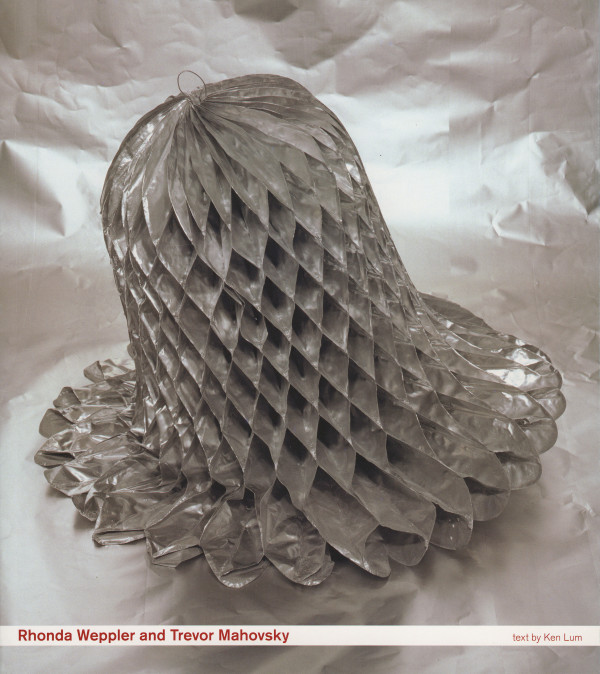