It has been an exciting first year for the Doris McCarthy Gallery and many new works have been purchased or received as gifts. 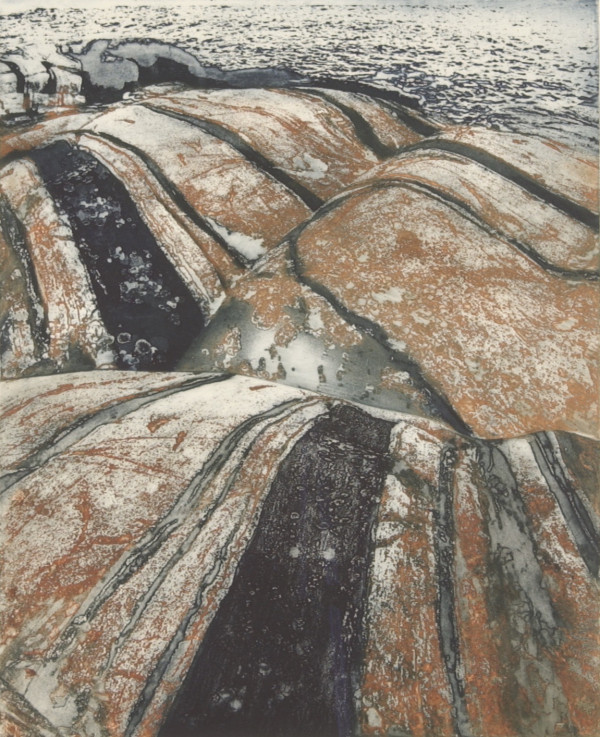 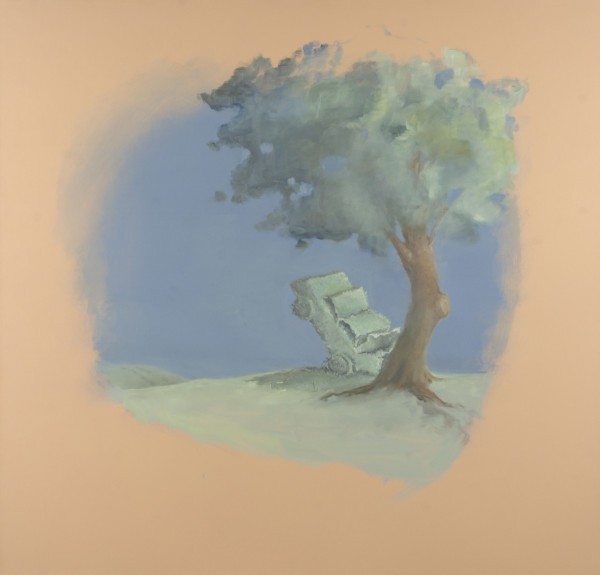 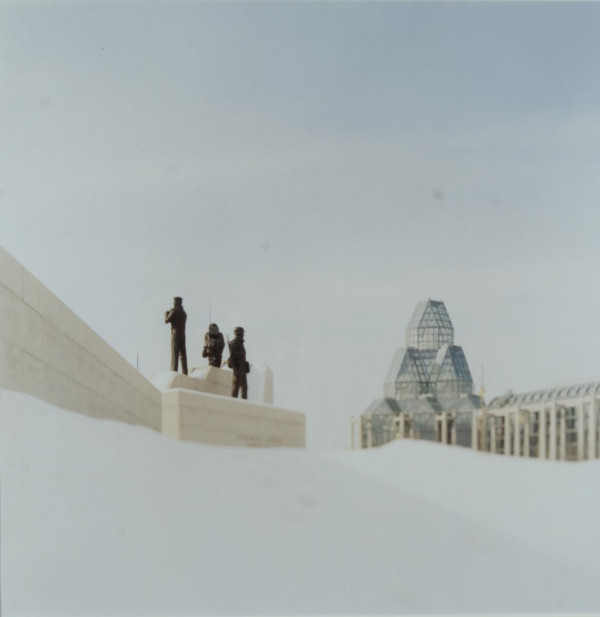 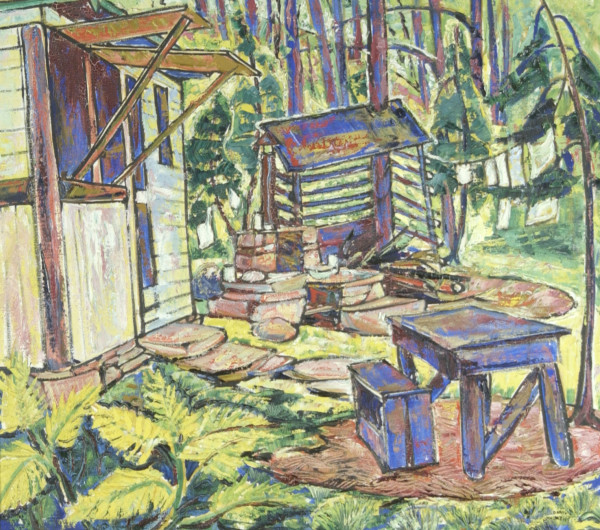 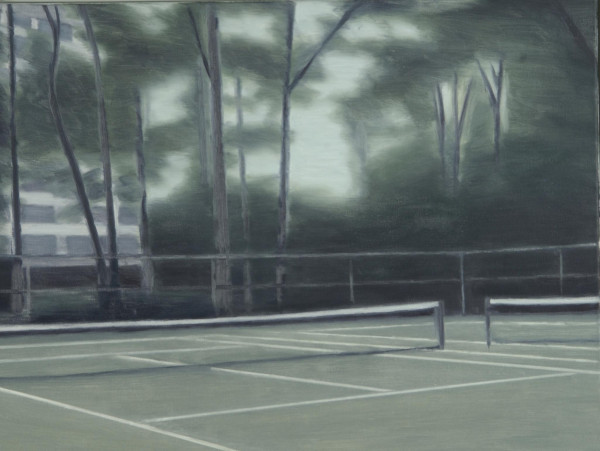 Kenojuak Ashevak was born in a camp near Cape Dorset and still lives in the settlement with her extended family. She is undoubtedly the most acclaimed Inuit artist working today and has made thousands of original drawings during an artistic career that spans a half-century. Ashevak has also worked as a sculptor over the years. She is the recipient of two honorary doctorates and is the subject of several books and a film. She is a Companion of the Order of Canada, recipient of a Lifetime Aboriginal Achievement Award, and has a star on the Canadian Walk of Fame.

Born in London, Ontario, Ed Bartram studied at the University of Western Ontario and received his M.A., Fine Arts from the University of Toronto. Bartram’s work can be found in significant private and corporate collections. He has exhibited extensively across Canada, including the Art Gallery of Ontario. His work has been shown internationally in the United States, Poland, England, Holland and Australia. Ed Bartram has retired as an Intaglio Instructor at the Ontario College of Art and Design in Toronto.

Melissa Doherty is a Kitchener, Ontario–based artist. Doherty deploys a visual vocabulary reminiscent of medieval book illumination and Northern Renaissance painting, Doherty’s intimately scaled oil paintings explore the displacement of nature within and around urban landscapes. She has won several awards in juried art exhibitions, most recently the Doris McCarthy Landscape Award from the Wellington Museum and Archives "Insights" show.

A recent MFA graduate from the School of the Art Institute of Chicago, Jason Dunda's paintings reproduce and manipulate comic book imagery with bittersweet results. Recent exhibitions include Charming Holidays at the Katharine Mulherin Gallery in Toronto and Small Treasures at Fassbender Gallery in Chicago. Jason also runs a negligible project space called Modest Contemporary Art Projects, which is devoted to small art with medium-sized ideas.

Toni Hafkenscheid earned his MFA from the Rietveld Academy in Amsterdam. He has exhibited his works at Dazibao in Montréal, Napier University in Edinburg, La Chambre Blanche in Québec, Desmet in Amsterdam, Capi Lux in Amsterdam, the Centre for Exploratory and Perceptual Art in Buffalo, the Canadian Embassy in Tokyo, the E3 Gallery in New York, the Power Plant in Toronto and the Floating Gallery in Winnipeg.

John Kissick has written numerous catalogue essays and articles for periodicals, and he is the author of Art: Context and Criticism (1992/6). His exhibition record includes numerous solo exhibitions in Canada and the United States and his work is in a number of important collections.

At 94, Doris McCarthy remains one of Canada’s great living artists, prolific in her output. Recipient of the Order of Canada, the Order of Ontario, Fellow of the Ontario College of Art and an Artist of Honour with the McMichael Canadian Art Collection, her art has been exhibited around the globe. McCarthy is also an avid writer and in 2004, had her third book published by Second Story Press.

Kristine Moran graduated from the Ontario College of Art and Design in 2004 with a total of eight awards including the prestigious OCAD medal for Drawing & Painting and has already attracted an enormous amount of critical attention. Although categorized as an emerging artist, Moran’s works are quite sophisticated in regard to paint application and content. Her paintings have been described as futuristic car crashes brought to life by a mixture of techniques such as pen and ink to thick impasto.

Nick Ostoff graduated from the Drawing and Painting Department at the Ontario of Art and Design in 1999. Since then, he has participated in numerous exhibitions in Toronto. His work has been critically acknowledged by such respected art writers as Ian Carr-Harris and R.M.Vaughan and has been featured in Canadian Art Magazine, Lola, the Globe and Mail, and Eye Weekly.

Peter Smith was into his adulthood before he made his first foray into the world of the artist. After learning to draw, he moved on to work in sculpture, painting and printmaking. Through private lessons and a year at the Ontario College of Art and Design – together with classes with various artists and arts organizations such as Toronto’s Open Studio – Smith honed his skills and developed an intense desire to keep his art his own. Recently Peter had a solo exhibition at the Cambridge Galleries in Cambridge, Ontario, was part of a group show at the John B. Aird Gallery, and was featured visual artist at the Rendezvous With Madness Film Festival in Toronto.

Shaan Syed graduated from the Ontario College of Art and Design in 2000 and is currently enrolled in the Post Graduate Fine Art Program at Goldsmith’s College in London, England.

Northern Albertan Peter von Tiesenhausen is best known as a sculptor, most famous for his work entitled, The Watchers – five totemic figures carved with a chainsaw from the trees around his home. Though a change in media, Pass is reflective of how von Tiesenhausen typically expresses his rugged and passionate experience of the landscape.