On Paper: Works from the DMG Permanent Collection

An exhibition drawn from the Permanent Collection of the Doris McCarthy Gallery. 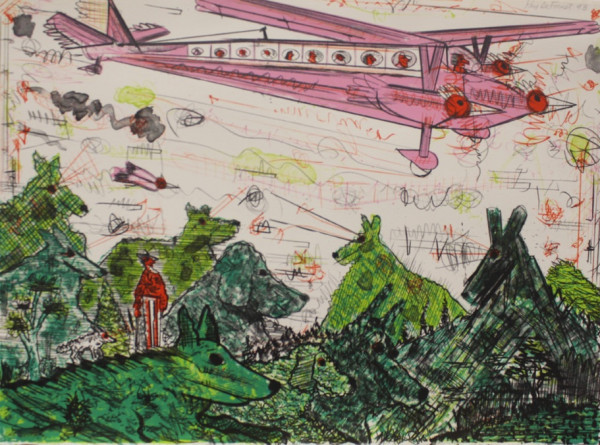 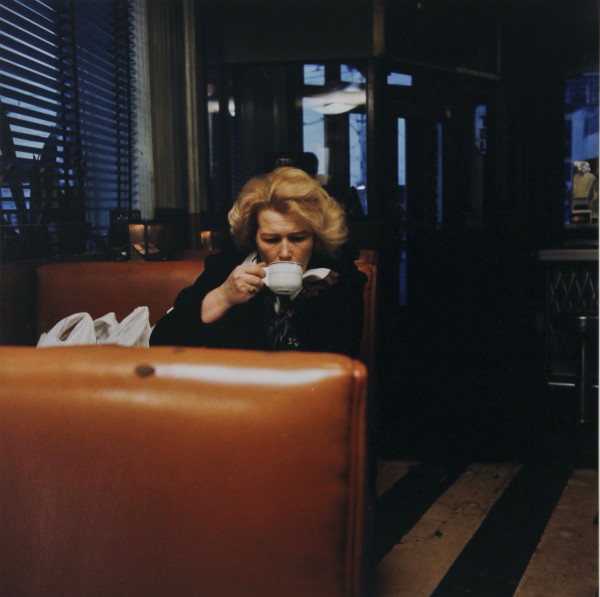 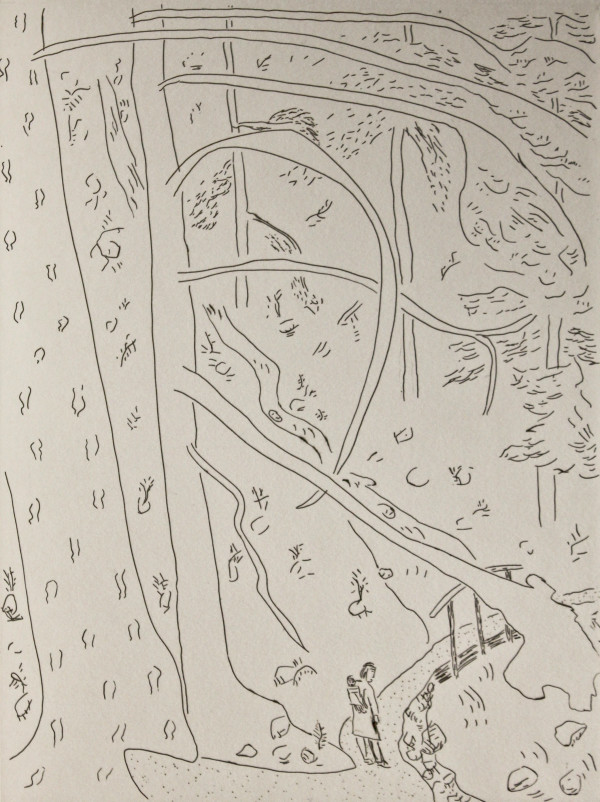 Phil Bergerson has photographed for over 30 years. His work has been exhibited internationally and is found in many prestigious collections, including the National Gallery of Canada, the Bibliotheque Nationale in Paris, and the Canadian Museum of Contemporary Photography. His photographs have been published in The New Yorker, The New York Times Magazine, Toronto Life and Walrus Magazine, and his book, Shards of America was published in September 2004. Since 1975, Bergerson has been a professor of photography at Ryerson University in Toronto where he established and organized the annual international "Kodak Lecture Series" on photography. In 1979, he organized "Canadian Perspectives", a National Conference on Photography in Canada, and in 1983, the first International Symposium on Photographic Theory. He has also arranged several photographic study trips to Europe and Asia.

Doug Biden is an internationally recognized printmaker. Biden received his diploma in Printmaking from the Vancouver School of Art and went on to receive his M.F.A. from Concordia University in 1990. His work is found in the collections of the Art Bank and Vancouver Art Gallery, among others. Publications of his work include The Hand’s Mind, 1992.

Christopher Broadhurst was born in London, England, 1953. In 1954, he came to Canada with his parents. He studied fine arts at Queen's University in Kingston, Ontario, graduating in 1977 with a Bachelor of Fine Arts. In the summer of 1975, he taught printmaking at Falmouth College of Art in Falmouth, Cornwall, England. Between 1979 and 1988, he was an instructor at the Studio Workshop, AEAC at Queen's University, and was instructor of painting and drawing in the Department of Art at Queen's University. His colourful paintings are inspired by the work of Henri Matisse. The vigour of his canvases is a novelty in the Canadian art scene.

Born in North Platte, Nebraska, Roy De Forest studied at the the California School of Fine Arts (now the San Francisco Art Institute) and San Francisco State College, where he earned his bachelor’s and master’s degrees. He taught at several West Coast schools before becoming an art professor at the University of California at Davis in 1965. He continued teaching at UC-Davis until he retired in 1982. De Forest’s work is folksy, irreverent, and highly decorative, and has broad appeal for collectors. It has been shown in over 70 solo exhibitions and more than 100 group exhibitions in the United States, Canada, Yugoslavia, Brazil and France. A retrospective solo exhibition of his work traveled in 1974-75 to several museums including the Whitney; the Museum of Fine Arts, Salt Lake City; the San Francisco Museum of Modern Art; the Fort Worth Art Museum; and the Glenbow-Alberta Art Gallery in Calgary, Alberta, Canada. Museums with his work in their collections include the Whitney; the Brooklyn Museum, New York; the Centre Georges Pompidou, Paris; the Museum of Fine Arts, Boston; the Art Institute of Chicago; and the San Francisco Museum of Modern Art. De Forest continues to live and work on the West Coast.

Libby Hague was born in St. Thomas, Ontario but grew up in the suburbs of Montreal. She studied at Concordia and since then has made artwork, taught a little and become happily domesticated. She lives with an interesting man and a complicated cat. Thematically, her recent work looks at the risks of living in a precarious world. She looks to science fiction, comic books and anime for inspiration. Her point of view is secular, and she uses narrative to puzzle out how, without an external code to direct us, we can determine humane social relationships. She has worked for a long time in print and installation, and the two streams have come together in her latest series of woodcut installation, "Everything needs everything". Variations of this have been shown at Loop and Open Studio, both in Toronto in 2005; in "To the rescue", curated by Phil Irish for the Elora Art Centre 2005; in the Voir Grand competition in Montreal where it won the Lacerte prize; and as part of a 2 person show with Yael Brotman where it was shown at Eastern Edge, St. John's and Mount Saint Vincent University, Halifax this year. After several years of drawing, she has just finished a 25 minute animation, "Close to home" named after her earlier exhibit of the same name (1995).

Pedro Leon is a Scarborough native with a Ph.D. from Cornell University. He has been a member of the Ontario Society of Artists since 1994 and has exhibited his work in various spaces throughout Toronto.

Frank Pimental, a Ryerson graduate of Media Studies with an MA in Art Therapy from the University of Buffalo, is a Canadian contemporary photographer who has exhibited and sold his work since 1980. His work has been acquired by the National Gallery of Canada, the Canada Council Art Bank, the National Archives of Canada, and the Canadian Museum of Contemporary Photography. Increasingly known for his social commentary, Pimental’s work documents the decay happening in urban North America with great insight and empathy.

Arnold Shives was born in Vancouver, B.C., in 1943. He studied art history at the University of British Columbia during the 1960's. He received a B.F.A. from the San Francisco Art Institute. From 1966 to 1968 Shives studied at Stanford University on a Carnegie Corporation fellowship and received a M.A. in Painting. Shives enjoys experimenting with different mediums and techniques. He is known for his print making. Shives has received numerous awards and commissions including Canada Council Grants and the 1988 FANS award. Shives is represented in numerous corporate, museum and gallery collections in Canada, the United States and Europe.

Stephen Snake was born on the Rama Reserve near Orillia, Ontario in 1966. He began to draw as soon as he could hold pencil and crayon. He drew pictures of life on the Reserve while still living there and when the family moved to Midland, continued to draw with same indiscriminate enthusiasm. Snake is an artist with a mission: To capture and preserve in oil on canvas the spiritual serenity of Temagami's waters, rocks and trees.