blood rivulets from an epoch and every, and is windblown beyond where it begins. a person holds
the record in stillness.
the tree trunk wears its time in thickness
and is background, parallel. the trunk rhymes with time and
fortifies.
the record, collected, is quieted, infinitude
meets holding, there’s a central stillness, an attention, the record has a gravity:
time has a middle:
its middle is a person
inside a blueing hour from which a tangerine glow goes white cold
so as to know the sea of snow it mirrors.
the purpose of winter is bare candid ongoingness.
a moment finds itself as an image of
its own imagination in time, in time.
bark flakes as shards.

Aisha Sasha John is a poet and dancer. The author of The Shining Material (BookThug 2011) and the Trillium and ReLit Award nominated THOU (BookThug 2014), Aisha’s poetry has brought her to Kelowna, Marrakech, Montreal, New York, Oakland, San Francisco and Vancouver. In 2014, Aisha participated in A Rhythm Party, a Princeton University colloquium marrying poetry and hospitality. In 2013, she was a UNESCO-­Aschberg laureate artist, attending Dar Al-­Ma’mûn in Morocco. She’s presented talks at numerous art institutions in Toronto including the Art Gallery of Ontario, Mercer Union and the Power Plant. A former company member of Nouvel Exposé (now Jaivah), Aisha’s solo show, VOLUNTEER, premiered at the 36th Rhubarb Festival in February 2015. In January 2016, Aisha’s collaboration with Julia Thomas, WE ARE HANGING OUT RIGHT NOW, premiered at Videofag in Toronto. Another iteration of W.A.H.O.R.Nwill take place at Buddies in June 2016. Her third collection of poems, I have to live. was published in 2017.

Meryl McMaster is a Canadian-based artist and a graduate in photography from the Ontario College of Art and Design. Her artistic practice begins with photography, evoking a journey that follows a path of self-discovery. She is interested in exploring questions of how we construct our sense of self through lineage, history, and culture. McMaster is the recipient of the New Generation Photography Award, Canon Canada Prize, the Nora E. Vaughan Award, the Design Medal from OCAD, the Vistek Photography Award, Heartline Pictures Award, and SNAP!Stars TD Award. 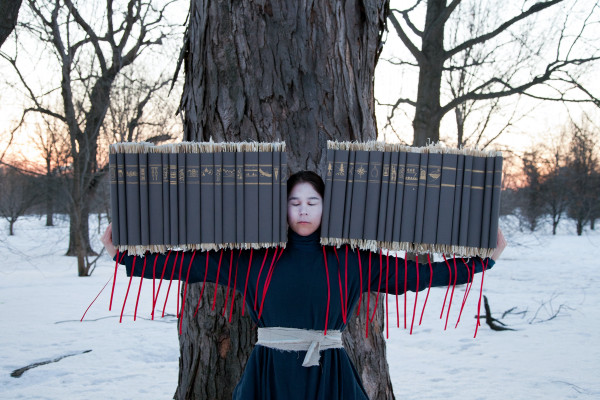